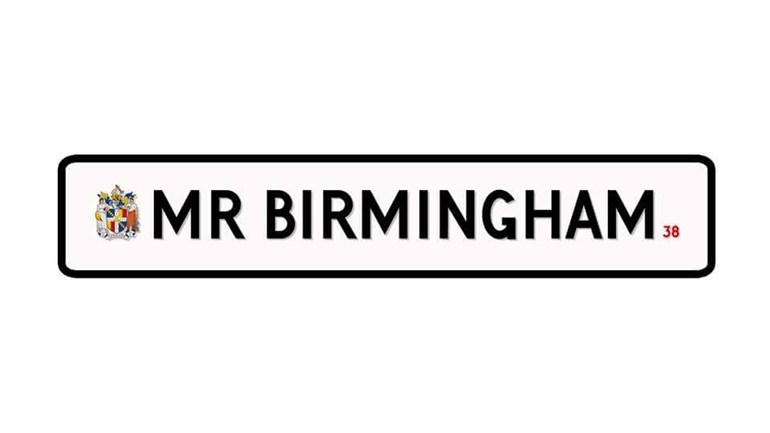 Holding a photo exhibition of iconic brummie men for Birmingham Children’s Hospital Charity because we want to share a beautiful story with you!

The Mr Birmingham project aims to raise funds for Birmingham Children's Hospital, by celebrating some of the finest ambassadors of Birmingham.
Last year I had my heart broken. There’s no way of sugar coating it, or denying that this event forced me to look at things that were really important to me. And its thanks to that time that Mr Birmingham came about. I was tired of Birmingham always being quoted as the ‘second city’ the nearly there’ the also ran’ and I then discovered that there had never been a celebration of the people, the actual Brummies, who have been great ambassadors for this City. And so I, just a normal Brummie, began to track down and talk directly to some of these great people and ask if I could take their photograph. The support I received was amazing. And my personal confidence and indeed my faith in humankind was restored. Not a single Mr Birmingham I asked  turned down the opportunity to take part in the project.
Armed with my camera and a place to meet (chosen by each individual Mr Birmingham as their choice of location within the City), numerous portraits were taken to commemorate influential men of Birmingham, leading to the opportunity to hold an exhibition on 11th June 2015, supported by another great Birmingham institution, Birmingham City University. And it is within this exhibition, that all the final portraits will be shared. You can come along to the event, free of charge by booking your place on this Eventbrite link. Many of the Mr Birmingham’s will also be in attendance.

It was as I was doing the project, which was a very personal journey for me, that it occurred to me that I could give something back to the City I love and I decided that I would help Birmingham Children’s Hospitals Cancer Centre. So this project will not only raise money for an important lifeline within our city, but that it will also remind us of the importance of Birmingham throughout the years; from influential TV stars to controversial lifestyle debates, I believe that each and every person has a story to be told - and the Mr Birmingham project not only aims to share the story of several individual characters, but also aims to share the story and value of our city.
This project has not only given me amazing opportunities as an individual, through being able to meet and befriend such wonderful characters - but it has also been right there with me as I face a brand new chapter in my life. And so it is with all this in mind, that I would like to thank everyone for the support that they have given this project since the first picture was taken back in March 2014, to the last one this year.

We are asking that any donations, however small, which will all be greatly appreciated for the cause, can be made through this page. Every penny will go to the hospital and every penny is very much appreciated by the work they are doing there.

In memory of Frank Higgins.

It's bewildering and unsettling for anyone going into hospital but especially for children and that is why we are a fundraising hospital. We raise funds to enhance the experience of our patients by providing state of the art medical equipment and facilities and creating a child-friendly environment.