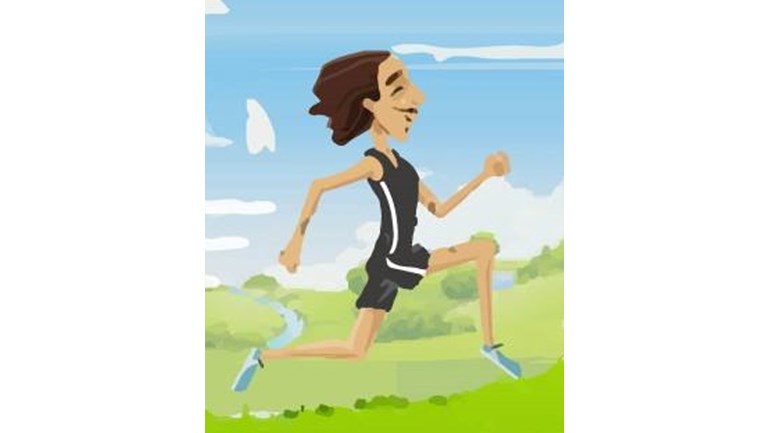 My Way Of Saying Thanks

Someone once said to me "Give me a child until he is 7, and I will give you the man"  - Its stuck with me ever since.

My Dad was fit and healthy, he cycled to work, he'd ran a Marathon, and he ran almost every day for an hour on his lunchbreak. It was on one of these runs that he suddenly collapsed and died. As you can probably guess, it was a Heart Attack that killed him.

Now I'm in my early 30's and I was thinking how I never really knew my Dad, I don't remember a great deal of my early childhood. So last year I was fortunate enough to arrange a meeting with my Old Man's best friend, Ray, to try and get some more information on him.

Ray told me stories of family holidays, how they would go for a lunchtime run, get back to work and shower in a tin tub whilst the other one did press-ups & sit-ups, and he brought with him a meticulously kept training diary which detailed all the runs they went on covering mileage, weather conditions, routes and how they felt.
Ray then went on to tell me what happened on the day my Dad died. They were out running, nothing unusual, when suddenly Ray heard a grunt from behind, turned round to see my Dad on the floor. He gave him mouth-to-mouth, he put a trainer under my Dads head to open his airway, he sent a passer by to go to the nearest house to phone an ambulance. And most importantly to me, he was there, by his side, until the last moment.
Ray told me this was the worst day of his life.

During our conversation, Ray briefly mentioned he had Bowel Cancer. And moved on as if it were just an itch on his elbow.
He was diagnosed in December 2011 at an advanced stage and had to have an emergency operation, he's had several rounds of chemotherapy and further operations since then.
Ray accepts that his condition is very serious & advanced, and whilst he doesn't wish to know any estimated timescale, he knows it's not curable.

I was humbled by this meeting to say the least.

I wanted to find a way to say Thank You to Ray, so I thought I'd raise some money for a charity which has provided advice & support to him and his family.
Cancer Research is his chosen charity.

I'll be running the Red Bull Steeplechase (steeplechase.redbull.co.uk) on Sunday 5th October and I think this is sufficiently challenging enough to ask people for money for a good cause.
Its a 21 mile knockout race over the Peak District, the rear third of the field being eliminated at various checkpoints during the race. 500 start, and only 30 finish.
My aim is to get into that top 30 but its going to be tough.

Please get in touch with me if you want any more information on this story, my email address is davewmarch@gmail.com and I'd love to share this far & wide.

Maybe there's someone you want to say thank-you to. Let them know. We've all got our own heroes. Its time to say thanks to them.