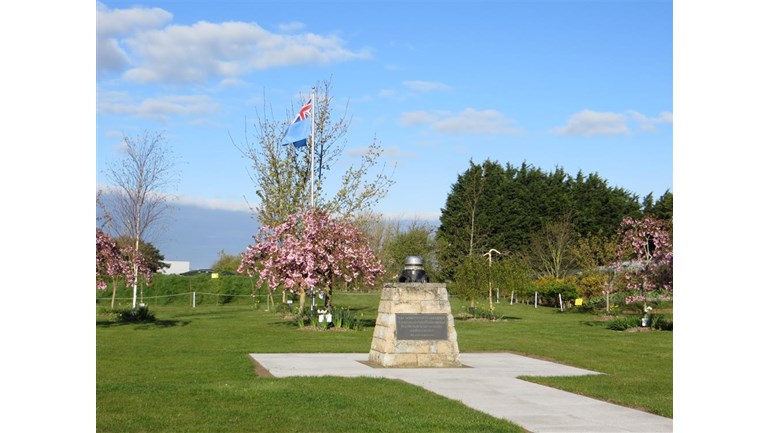 One of the UK's largest volunteer managed aviation museums

The Newark Air Museum continues to receive widespread positive feedback about the impressive look of its Memorial Garden and its large site, on what is part of the former World War II training base of RAF Winthorpe, which is located in eastern
Nottinghamshire.

The roots of the Memorial Garden were established in the late 1990s thanks to the efforts of a former Archivist, David Collins. His guidance enabled the museum to raise a permanent memorial to the personnel that served with 1661 HCU (Heavy Conversion Unit) and at RAF Winthorpe on 12.38 acres of land that the museum owns and that that they call the Southfield Site.

The proud tradition established by David has been nurtured by the museum’s
current Groundsman and his wife, who now lovingly tend this special part of the
Southfield Site.

I know that the museum is regularly asked whether people can make financial
contributions towards the upkeep of the Memorial Garden and museum grounds. So what better way to provide a more focused way of collating such donations than by creating this Just Giving page.

I hope that you might feel able to make a contribution towards the development and upkeep of these areas at the museum.

One of the UK's largest volunteer managed aviation museums

Charity Registration No. 256434
Find out more about charity fundraising