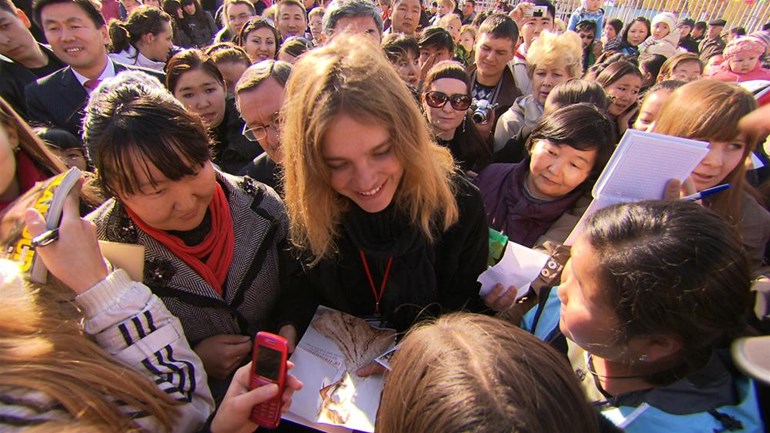 We create support services for families to change lives of kids with special needs!

I founded the Naked Heart Foundation five years ago to give underprivileged children in my home country Russia the gift of play. We have already built thirty-nine play facilities in thirty Russian cities and my aim is to continue building until we have built five hundred. The need for such facilities in Russia is enormous, where more than 25% of the population has salaries below the subsistence level, the authorities do not provide play facilities and families with children account for most of the poor. The Naked Heart Foundation believes that play is a necessity, not a luxury, and that every child should be given a secure environment in which to play. It is through play that children at a very early age engage with the world around them. It is through play that they develop their imaginations, their creativity, become stronger physically, more confident and resilient. Guarded 24 hours a day, our play parks and smaller playgrounds stand in stark contrast to the grey cityscapes they inhabit. They are played in tirelessly by the local children, who range from toddlers to eighteen-year olds and include the physically less able.

Here’s how your donation can help:

£75 pays for a slide seat for a child under five

£750 pays for a children's play house

£1,000 pays for a football and basketball stand
Donating through JustGiving is simple, fast and totally secure. Your details are safe with JustGiving – they’ll never sell them on or send unwanted emails. Once you donate, they’ll send your money directly to the charity and make sure Gift Aid is reclaimed on every eligible donation by a UK taxpayer. So it’s the most efficient way to donate - I raise more, whilst saving time and cutting costs for the charity.

Naked Heart Foundation is a charity set up in 2004 by Natalia Vodianova. The Foundation’s mission is to help build an inclusive society that is open to people with disabilities and special needs, through play and the creation of free support services for disadvantaged families