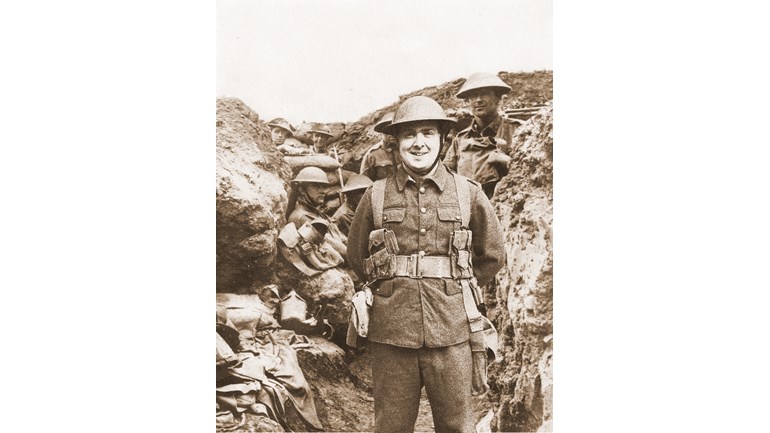 I will be completing the National Three Peaks Challenge wearing the Battle Order Dress from a Soldier during World War 1 to mark 100 Years since the beginning of the First World War.

Over the past couple of months I have decided enough is enough and I need to sort out my unhealthy lifestyle. I weighed in a little over 14 stone in March and had a belly to show for it!

I joined the local Gym, swapped Chocolate for Fruit, large portions for small portions (and more often) and made sure I never skipped any meal in the day (to avoid snacking!). In just over a month I have gone from 14 stone to 12 stone in just over a month, being able to run comfortably for an hour at a speed of 10kph (I'm still working on it!) and now being able to lift 40kg on the weights when I could barely lift 10kg when I started.

I want to take my fitness to the next level, and that is to do the Three Peaks Challenge in the quickest but most enjoyable time possible - preferably in less than 24 hours!

I have huge respect for our Armed Forces in what they do at home and on operations abroad. They risk their lives to make the world a better place - and ignore any negative comments from what people say at home. We have all heard them haven't we?

It leaves me with several Charities to choose from, but I decided to choose a smaller, more local one to me - Go Commando - they do amazing work for the Royal Marines Families that are left at home when they go away on operation for 6 months (or more) at a time, and support them if they do not return.

This to me, is something worth supporting - and I will be taking their mascot - Colonel Kev Ted RM - with me on my Challenge. If there is time then he will be able to take some selfies and tell the world he made it to the top!

Support for Royal Marines and families in times of need and the good times too ! We appreciate the pressures of deployment, operational exercise and the stress this brings to the parents, wives and children when loved ones are away. We also work in partnership with the RMCTF on larger projects.