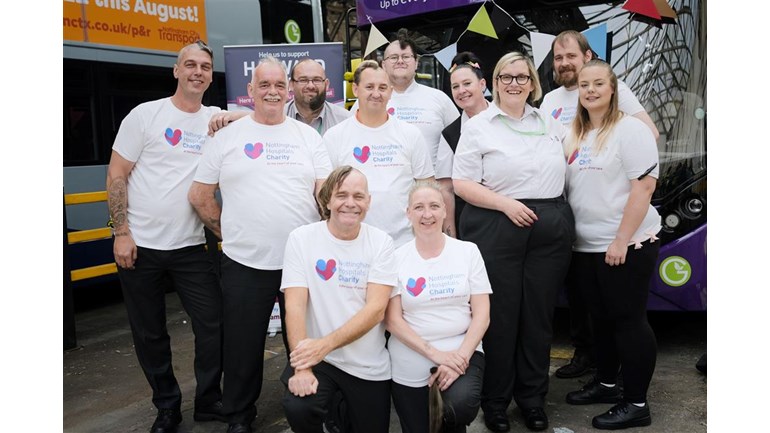 Let's face it, Cancer affects us all.

Be it yourself, a friend or family member, Cancer will affect someone close to you and wreck havoc with there lives.

Hayward House, based at Nottingham City Hospital, is just an amazing place. The team provide care to patients and family's from the early stages of diagnosis, through the interim periods of advancing disease, and up to and including end of life care.

When Andy first started, it was just him on a mission to raise funds for Hayward House. But along the way, another 13 NCT drivers, through gentle persuasion and occasional persistence have agreed to join him.

His grand idea was a half head combined with a half beard shave for the men among us, for one week, starting Tuesday August 13th. Our Stylist's will be Bex Louise Barnett and Charlie Coyne.

Andy Godfrey:
My mum and dad were both admitted to Hayward House with terminal cancer. My dad in 1997 and my mum in 2014. It was the most heartbreaking time of my life. My world had been turned upside down. The staff at Hayward House was very caring, understanding and my parent's received excellent care in the last weeks of their life. The facilities provided at Hayward House were very good which meant my family and i could stay with my parent's as long as we wanted spending every precious moment with them until the end and knowing they were never alone. This is why i support Hayward House and fundraising, so many more families that are going through the saddest time of their lives will recieve the same love and support my family did while spending time at Hayward House.
Daniel Milne:
I’d not long got back into contact with my Gran after the death of my Great Gran. We planned to meet a few times but she cancelled saying she was ill. I was upset but wanted her to get well soon. When i found out that she had been diagnosed with Pancreatic Cancer i was distraught. It didn’t seem fair that she would have this . It pained me seeing her deteriorate because of this vile disease. She lost her thick brown hair and all her body had swelled. She sadly lost her battle on the 28th July 2014. I was at work that day and had planned to see her the next day. I’m doing this in memory of her. I hope one day that cancer will be no more.

Some have created there own JustGiving pages, and joined a team page NCTDrivers where all proceeds will be will be combined, and payed to Nottingham Hospital Charity on August 13th.

Let's All Beat Cancer Together!

Charity Registration No. 1165397
Find out more about charity fundraising