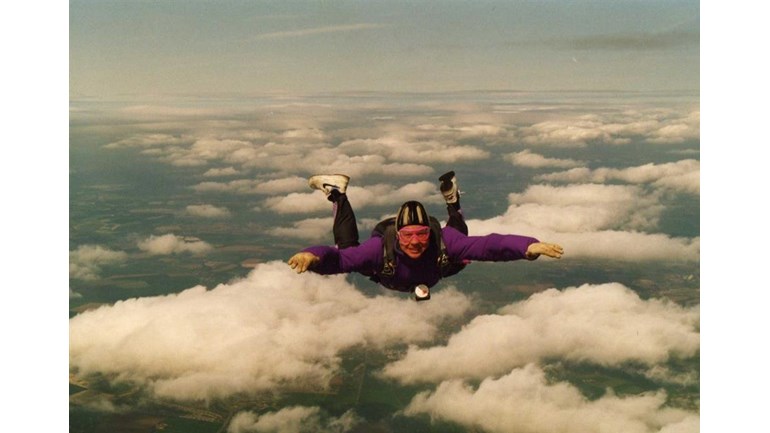 In memory of Neil Waterson

Neil's wishes were to not have a funeral, therefore we are asking for donations in lieu of flowers and a funeral. The money raised will go to the Sheffield Royal Hallamshire Hospital Stem Cell fund to aid Professor Sharrack and Professor Snowden in their pioneering work on MS research.

8 years ago Neil was diagnosed with chronic myeloid leukaemia which quickly progressed to acute lymphoblastic leukaemia and Neil was given 3 months to live. At that time his only hope was to have a bone marrow transplant; however no matches could be found on the UK or EU bone marrow registers and a worldwide search resulted in just one 80% match for Neil in America. After many lumbar punctures and rounds of chemotherapy Neil successfully had the bone marrow transplant at the Royal Hallamshire Hospital and was in remission.

A year later Neil began losing feeling in his legs and after several MRI scans it was found that Neil had lesions on his brain and spine which were similar to those found in multiple sclerosis patients. Neil was given several treatments for MS however these seemed to be ineffective and after more MRI scans it showed there were more lesions forming and he was confined to a wheelchair. Neil went on to have a brain biopsy and it was agreed that Neil would benefit from a stem cell transplant but this was unknown territory as nobody had ever undergone two transplants and both professors were concerned that he would not survive this.

By October 2017 Neil's condition had further deteriorated and it was felt the only option for Neil was to undergo the stem cell transplant even though everyone had concerns. Neil survived the stem cell transplant and initially made good progress, however after a period of time he started losing the use of his hands and arms and struggling with speech and after more MRI scans it was decided they needed to do another brain biopsy to investigate the lesions. Part way through the brain biopsy Neil went into cardiac arrest and was moved to the intensive care unit and we were told at the time that he might not survive the night.

Neil pulled through and after a few days he was moved back to the neurology ward. He was later found unresponsive on the ward after suffering another cardiac arrest and was transferred back to intensive care and we were again told he might not wake up when they removed the ventilator. Neil bounced back once again and was transferred to a specialist heart unit at the Northern General Hospital for assessment and treatment for his heart.

Neil finally returned home on the 31st December 2018 and was quite well in himself initially but by May 2019 he had lost the use of his right hand, he was struggling with sight and cognitive function and he was unable to speak and swallow. Neil was readmitted to the Royal Hallamshire again on the 10th May 2019 and another MRI scan revealed Neil had developed multiple lesions on his brain and spine and nobody could understand why.

Despite all efforts and new treatments for Neil he never improved and as his immunity was compromised since having two transplants he began getting recurrent infections and was once again admitted to intensive care.

Eventually Neil ran out of his amazing ability to bounce back and he passed away on the 23rd of September 2019.

Due to Neil's unique condition and his failure to respond to all treatments given Sheffield have requested Neil's tissue so that they can hopefully, finally give us a diagnosis and learn from him in order to assist future patients who could have similar symptoms. This would have been Neil's wish as he never gave up on the team and they never gave up on him.

With your support, we help to improve the care of adults, children and babies being treated in all of the hospitals in Sheffield. Your donations fund specialist equipment, pioneering research, patient support services and the transformation of your hospitals into more comfortable, welcoming spaces.

Charity Registration No. 1169762
Find out more about charity fundraising