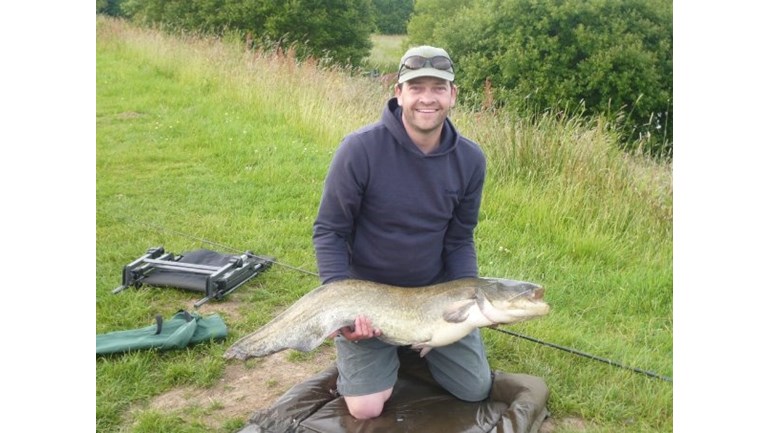 Neil Elwell was first diagnosed with Acute Myeloid Leukaemia in December 2007 and following chemotherapy and a bone marrow transplant it appeared that he had successfully beaten the disease. Unfortunately, 3 days before our wedding in February 2010 we discovered that the leukaemia was back and a further course of treatment and bone marrow transplant followed.

In January 2012 Neil became ill again with complications following the treatment to cure the leukaemia and, despite remaining amazingly positive and high spirited throughout his ordeal, his body was too weak to fight and he sadly lost his battle on the 6 July.

The majority of Neil’s treatment, including both bone marrow transplants took place at the Queen Elizabeth Hospital in Birmingham. Throughout the treatment, the care and support that Neil received was second to none. We always talked about the fact that once Neil was better we would like to do something to give a little back to the cause that had helped us to get through so much. Unfortunately, that is now not something that we will be able to do together but with the help of both of our family and friends, I am hoping that we can still do something to help this special cause.

Cure Leukaemia is a cause that is particularly close to our hearts as it directly supports the work of the Clinical Haematology Centre at the QE Hospital where Neil was treated. They are continually striving to raise money to fund additional research nurses, develop new treatments and provide support for patients like Neil with blood cancers.

Having completed our 'Stupid Big Walk' as I affectionately called it in 2013 between Lords and Edgbaston Cricket grounds, we wanted to mark the five year anniversary of Neil's death with another challenge.

This time we have scaled it down a little and kept it local in the hope that we can convince more of our friends and family to join in the 'fun'.

Starting on Friday 30th June 2017 our plan is to begin our challenge by walking from Wolverhampton Civic Centre, where Neil spent much of his working life, along the canal to Birmingham and then on to Edgbaston Cricket Ground (daily total around 18 miles). Then on Saturday 1st July we plan to start from Edgbaston and then walk the 20 mile journey back home this time taking in a different route to include the delights of the Netherton Tunnel (all 2776 metres of it) and finishing up with a well deserved 'Carling darling' (other drinks are available) at Wombourne Cricket club.

Given that my father is involved in this I can guarantee there will be a number of watering holes for us to discover on our travels and whilst I know it will be challenging if our last walk is anything to go by it will also be a lot of fun (we won't mention the blisters....ouch!)

And now once again for the begging bit! We have already raised a phenomenal amount of money for this special cause but we would all love to see if we can raise some more. Neil fought so very hard throughout all of his treatment and we were all so very proud of his spirit and conviction and just want to do something to give a little back in his name. From all who are doing this walk, we would really appreciate it if you were able to dig deep and support this amazing cause. He’s definitely worth it!