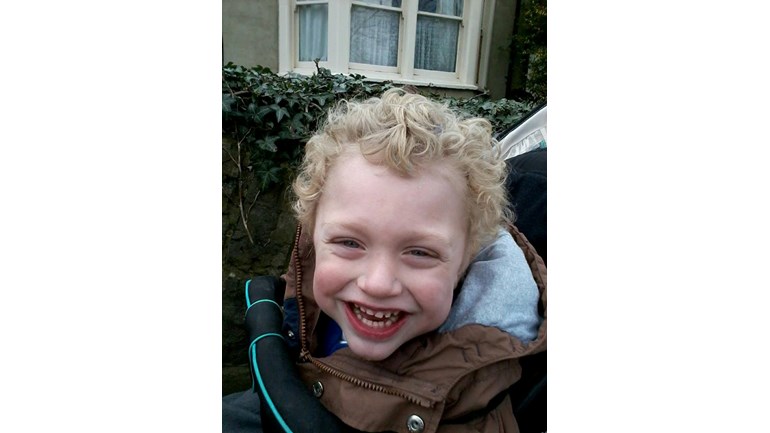 Eliza, Ben & I will be abseiling off Guildhall for East Anglia's Children's Hospices because we want to raise as much money for EACH

I am petrified of heights! Yet I will be abseiling off the Guildhall in Cambridge with my daughter Eliza age 12 and son Ben age 16.  I am raising money in memory of my youngest child Ethan, and his story is below and the reason why we are doing this.

Please please do donate so we can raise as much money for EACH as possible.

In 2009 I gave birth to my youngest child Ethan 16 weeks before my due date.  He was born very small at just 760grams and suffered most of the complications a premature child could.  He spent so long in hospital, and first came home at 10 months old looking very much like a tiny dolly, and was in and out of hospital until he was 2 1/2. There were many many times I was told to say goodbye to him, and every time I whispered "hang on, keep fighting" and he did. Every time.

We didn't think he would walk, but just after his third birthday he surprised everyone by walking across the room.   He hated food and refused to eat and so had to be peg fed.  He was on oxygen until 2 1/2 and needed a little help now and then if he had a cold. He also suffered from epilepsy and had been diagnosed with Autism and global developmental delay. Despite all this he was the child that refused to be limited.

He was such a cheerful, happy child and although he was non verbal he could hum any tune and he would communicate through music. His smile would brighten everyone's day.

Sadly in 2013 Ethan became ill firstly with an eye infection that then took advantage of his poor lungs and in the summer of 2013 I was told that my time with Ethan was going to be far shorter then anyone could have imagined. There wasn't anything else we could do, the fight was nearly over. As a parent that had fought for so long it was hard to understand and to know what happens next.

At this point East Anglia Children's Hospice came to see us in hospital in Addenbrookes and offered to have Ethan at their hospice in Milton in order to help us all prepare and transition to palliative care.

My normal of looking after a disabled child was going to change as I was now having to learn to look after a child on palliative care, which is different.  No more testing to see what oxygen levels are, that was the hardest to get used to.

Ethan did so well at EACH,  they allowed me to stop being nurse mum and allowed me to be mum.  To be able to sleep and rest and play with Ethan. Ethan was very weak from being so ill and on so many medicines but slowly Ethan's strength seemed to be returning and after just over 2 weeks at the hospice Ethan came home to me in Cambridge.

We really thought that perhaps after all that Ethan was going to "show them all" once again.  However sadly on 16th September 2013 Ethan passed away at home.

EACH were with me every step of the way, the whole day they were their making sure I knew what the next steps would be.  They helped me place Ethan into his bed in the hospice where he remained until the funeral.

I can not thank them enough for the love, care and support that EACH gave Ethan and my family then and now.

So please do donate and sponsor myself and Eliza age 12, Ben age 16 to abseil down the Guildhall Cambridge, and help other Children and families like mine.