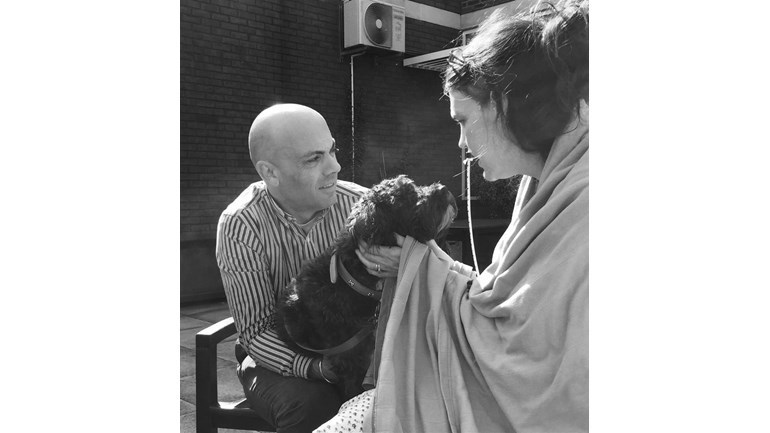 We're trekking to Machu Pichhu through the Andes for St George's Hospital Charity because they've given us the very lives we're now living!

﻿On 4th May 2016 Tara suffered a brain heomorrhage and spent the next few weeks fighting for her life. Those that know her won't be surprised that she won the fight, despite several close calls.

Without the skill and dedication of the staff at St George's, especially those in the Neurology Intensive Care Unit, we're confident our story wouldn't have had such a happy ending. Without their patience, humanity, compassion and understanding... I can almost guarantee I wouldn't have survived those desperate times either.

Neither of us are the sponsorship type, and we were forced to cancel the original date due to round-two of brain-surgery; but we're doing Machu Pichhu the hard way, with several days of high-altitude trekking before we finally reach the World Heritage sight. We'd always planned to visit - albeit the lazy way.

The St George's team have given Tara the all-clear (including the OK to take part in this challenge - in case you're wondering). Despite trekking and tents being near the top of our worst nightmares list, we're committed to making it happen. Please help blow past our target to give back to those who gave us the very life we're leading, with the prospects for a future which, without them... would never be.

‘Better Care, Healthier Lives’. We are the charity that exists to support St George’s hospitals and the communities they serve. Every day, our work makes a real difference to patients, their families and friends and the staff who care for them.

Charity Registration No. 1171195
Find out more about charity fundraising