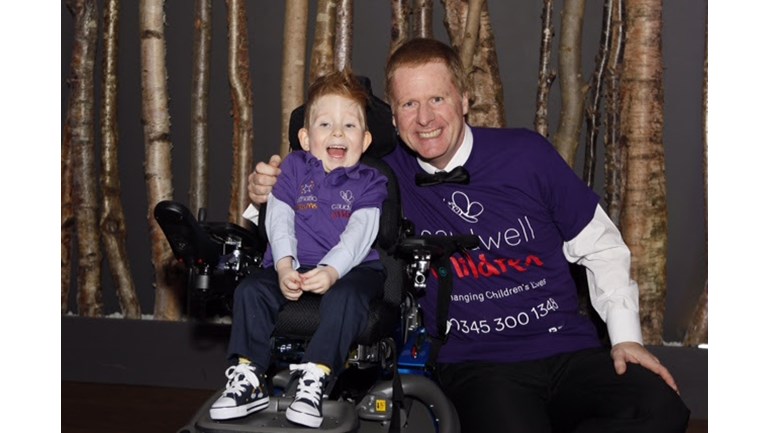 Noah Wall is 3 and a half years old, he was born with Spinabifida and is paralysed from his chest down. He was also born with only 2% of his brain due to a porencephalic destructive cyst. He currently has both legs in plaster after having reconstructive surgery on both of his feet. After his operation a few weeks ago he had an MRI scan and Doctors were amazed that his brain has expanded to a size which is close to normal. This would account for his phenomenal progress and means he has the potential to have a wonderful life ahead of him.

Despite this however, Noah will always have a life threatening condition in the form of hydrocephalus. This means he will have to undergo a number of operations throughout his life, to lengthen the tube that drains the excess brain fluid, to stop pressure building in his head.

The wheelchair has now been bought and mostly paid for by Caudwell Children, I would like to raise as much as possible for them (the chair was almost £20,000) to put back the money they have spent on Noah.

Noah is the happiest little boy, he always has a smile on his face and he loves giving hugs, we love him to bits.