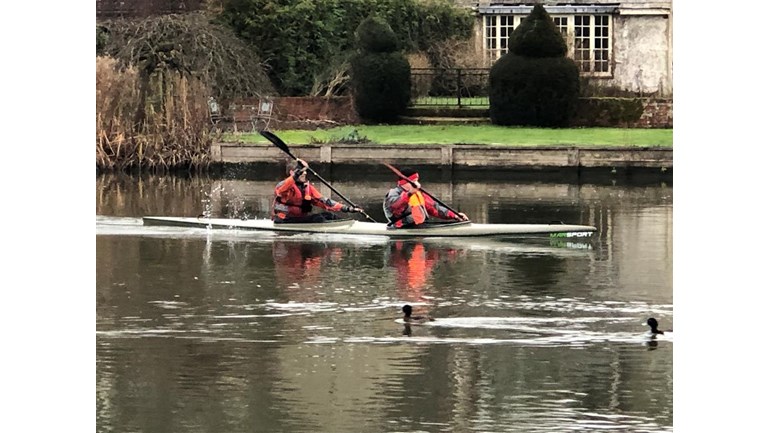 Well Matt and I are doing just that - with knobs on!

We are undertaking what a Daily Telegraph columnist described as; "A true test that requires bucket loads of grit, a decent amount of skill, good balance, and a healthy dose of physical and mental stamina."

We are attempting the 125 mile Devizes to Westminster Canoe race, which follows the Kennet and Avon canal and the Thames, from the heart of Wiltshire to the centre of the city. What another columnist has described as the "ultimate amateur marathon."

7 months ago neither of us had been in a kayak!

We have trained, after the first weeks of constantly falling in the canal, through rain, snow, gale force winds and ice on both canal and fast flowing river.

We have also learned to "portage", where you jump out of the canoe to round a lock - there are 77 of these in the race - and then pop back in on the other side. Sounds simple but believe us, it is not!

To raise funds for an amazing facility - The Paediatric Intensive Care Unit at Southampton University Hospital - which constantly needs funds to extend its wonderful work for ill young children.

A few years back their care and know-how saved Nick's youngest son when he had life-threatening breathing problems. We both want to make sure they can provide such expertise for as many other children as possible long into the future.

The more we can raise, the more our ordeal will seem worthwhile and, most importantly, the more children will be helped in the unit.

Matt and Nick thank you and will hug you heavily when we next meet up, for any funds you can spare to sponsor us.

Charity Registration No. 1183373
Find out more about charity fundraising