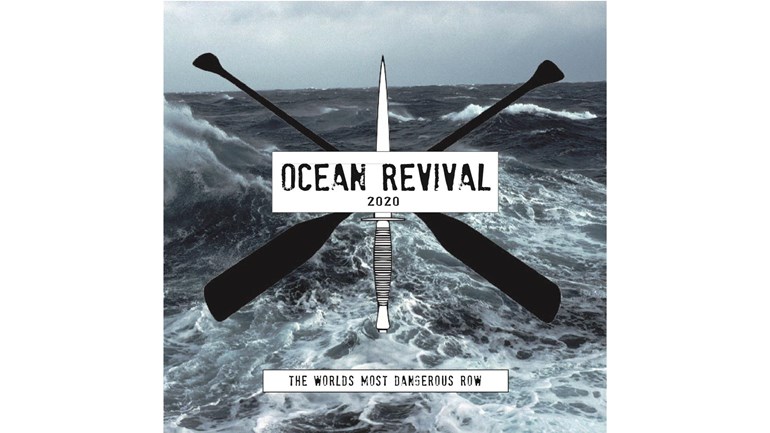 The OCEAN REVIVAL 2020 team plans to row across the North Atlantic Ocean, which is a feat that only 57 people in history have achieved. The crossing has been attempted a total of 72 times, with 29 successes, over 43 failures and which has sadly taken 6 ocean rowers lives.

Non have rowed from New York To London – OCEAN REVIVAL 2020 aims to be the first.

OCEAN REVIVAL 2020 will have a relentless rowing routine of two hours rowing and two hours resting for up to 60 days. Whilst battling the ferocious weather systems of the North Atlantic; huge freezing swells over the Mid Atlantic Ridge; sleep deprivation; sea sickness and the constant war against being wet, cold and hungry for its entirety; the team have one aim – to raise awareness for the Plastic in our Oceans and the Royal Marines Family.

Plastic in our Oceans is an astronomical problem that is hugely effecting the ecological systems that are vital not just to Marine Life but also Human. According to ‘Science Journal’, 12.7 million tonnes of plastic enter our oceans every year, causing havoc with our oceans food systems and marine life, and the problem is only getting worse.

OCEAN REVIVAL 2020 is a team of serving and former serving Royal Marine Commandos, who have fought alongside each other in 45 Commando. They have now teamed up to take the fight against plastic by rowing across the North Atlantic Ocean, rowing a route that has never been completed before and one that is statistically the most dangerous and arduous ocean row to attempt.

Ocean Revival 2020 is fighting back by attempting to raise awareness and help keep momentum in the fight against plastic in our oceans; a fight the team would love you to join them on.

Plastic Oceans UK have been experts on plastic pollution for nearly a decade. This began with our award-winning documentary A Plastic Ocean, now available for streaming on Netflix.Each year an extra eight million tonnes of plastic enters the ocean. By supporting us, you're facilitating our education, science and sustainability programmes that will create a wave of change. Through changing attitudes, behaviours and practices on the use and value of plastics, we can stop plastic pollution reaching the ocean within a generation.