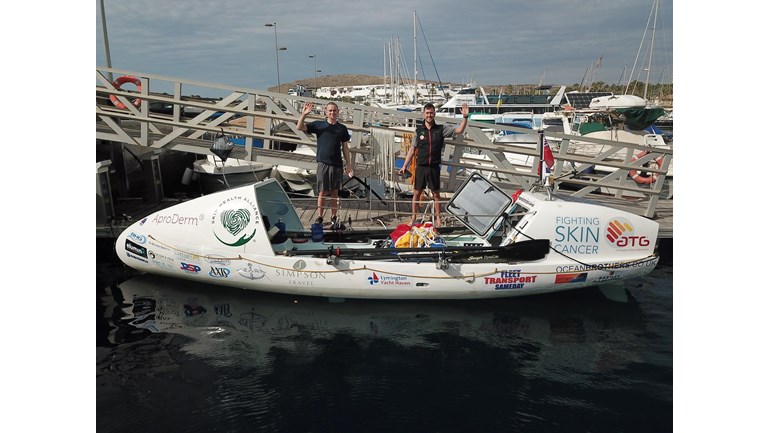 We are rowing across the Atlantic 2018 for The British Skin Foundation because our late father died of skin cancer.

In 2015, after a 16-year battle with cancer, Peter, Jude’s father and Greg’s stepfather passed away at the age of 63. Peter suffered with a type of skin cancer known as basal cell carcinoma which affected an area of his head close to the eye. The cancer grew and required Peter to undergo numerous operations to excise the tumour some lasting over 10 hours. He was left without sight in one eye, disfigured and debilitated. Throughout his battle Peter never allowed his morale to sink; a handsome, man he continued to uphold himself in as best way he could and this unwavering strength is something to which Ocean Brothers would like to pay their respect. By taking on this test their aim is to raise £100,000 for the British Skin Foundation.

The British Skin Foundation is the only charity in the UK dedicated to funding research into skin disease and skin cancer. We fund research to help the 8 million people in the UK who suffer with a skin condition, with the ultimate goal of finding cures and better treatments for every disease.