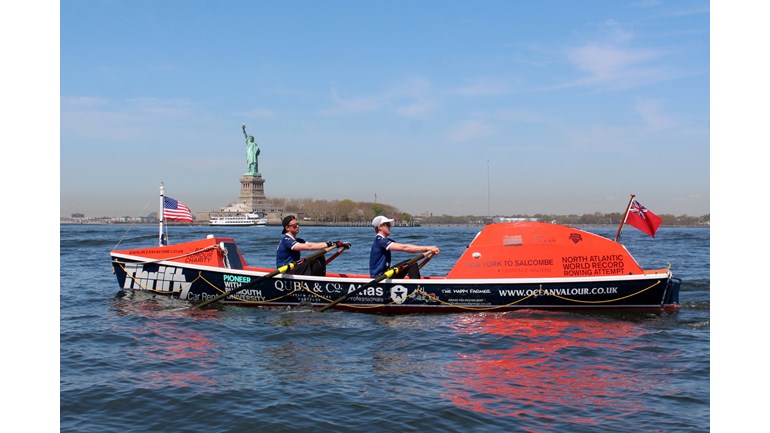 Tom & Lawrence rowing the North Atlantic Ocean for Brain Tumour Charity (The) because they are at the forefront of research.

Starting in May 2015 Tom Rainey and Lawrence Walters will row from New York (USA) to Salcombe (UK) across the treacherous North Atlantic Ocean entirely unsupported to raise £250,000 for the Brain Tumour Charity.  Battling 40+ foot waves, gale force winds, freezing waters and dodging icebergs, the pair will tackle 3,800 miles of ocean and if successful, become the youngest crew to cross the North Atlantic, and the first pair to travel mainland USA to mainland UK.

In 2012, just before Christmas, Tom lost his father, Luke Rainey. As a passionate sailor and wonderful father he taught Tom a great deal about life, the ocean and to respect his environment. His death was due to a brain tumour and it rocked Tom and his family to the core. But, thanks to the Brain Tumour Charity they were provided with invaluale help, support and advice which gave them an invaluable port in an otherwise un-weatherable storm.

Both rowers represented G.B. in the world junior sailing championships a few years ago so they are used to challenges and know the ways of the sea.  However, this trip is obviously of a completely different order and has many potential dangers as well.  To prepare themselves, they have been through very demanding training and have the best equipment and technical support.  It only remains to raise that quarter of a million pounds.  So put your hand in your pocket and join the journey across the North Atlantic to help early diagnosis of brain tumours.