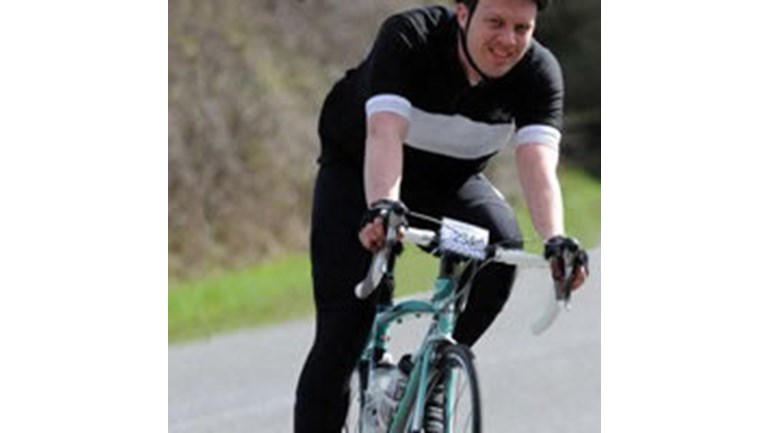 One Man and LEJOG

We support people to help rebuild lives after stroke.

On Friday May 14th I'll be boarding the Riviera Sleeper service from Paddington to Penzance and, nine or so hours later, will be getting on my bike, setting off on a nine mile pootle to Lands End before turning round and heading up to John O'Groats.

Yep, I'm going End-to-End and my planned route suggests (assuming it all goes to plan and there's no wrong turns anywhere...ha!) I'll be covering over 1,000 miles in just twelve days...!

Whilst David Walliams' Sport Relief team had a satellite van, executive coaches, support vehicles, a pacemaker next to them as they cycled and motorcycle outriders to assist them on their recent journey, I'm going to be doing the whole thing solo and unsupported. I've still not truly convinced myself whether this was a sensible idea or not, but on the bright side at least I won't be staring at the back of someone's arse for the best part of two weeks!

As I make my way up England's green and pleasant land (taking in bits of Wales on the way) and through Scotland's Lochs and Highlands I'm hoping to raise some money for The Stroke Association.

My Nan suffered from a stroke whilst on a family outing to Cromer on 30th May 2007 and, after seeing the affect that it has had both on her and on family life, I truly believe it's a cause that's worth supporting.

Donating through JustGiving is simple, fast and totally secure. It's the easiest way to sponsor my efforts and your details are safe with JustGiving - they won't sell them on or send you unwanted e-mails.

Your donation is sent directly to the charity and if you tick the Gift Aid box they'll make sure it's reclaimed on every eligible donation (and adding on an extra 28% to your total!) made by a UK taxpayer. It also means we save the inevitably awkward moment of me having to come round post-event to collect any monies from you!

So please dig deep and donate now and join me in supporting The Stroke Association. For those of you interested in keeping a track on how much I'm struggling, I've set up a blog which I'm going to hopefully be updating daily. You can find it at http://onemanandlejog.wordpress.com - all comments will be gratefully received!

Thank you for visiting my page,

When stroke strikes, part of your brain shuts down. And so does a part of you. Life changes instantly and recovery is tough. But the brain can adapt. Our specialist support, research and campaigning are only possible with the courage and determination of the stroke community.