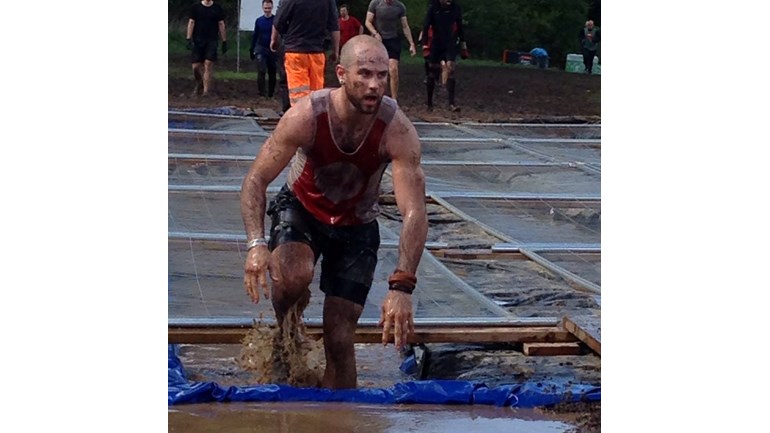 On Saturday I reached the end of my Tough Mudder journey, completing my 12th and 13th lap for the year. Totalling about 156 miles, it's been quite the task, but a hoot at the same time. I've made a hundred new chums, met some really quite inspirational people along the way and in honesty, I'm a little sad it's over.

I started this crusade with the intention of raising money for a charity that means a lot to my family, Beating Bowel Cancer My cousin, Jay, checked out early because of bowel cancer, which is why I've been chirping on about this Mudder mission so incessantly! Since starting in April, a number of other people who have also lost people close to them to the disease have come forward to thank me for my efforts. I'd like to especially thank each of you for your words, I've thought about you a lot. You know who you are.

Rest assured this will be my last post asking ye Facebookers for your dosh, so please do give generously! If we make it to £1,625 (equivalent to 13 runs, based on my initial target of £1,000 for 8 laps!), I'll be bloody ecstatic.

Thank you to everyone that's been a part of this year's challenge, I couldn't have done it without you.

So...doing just one Tough Mudder this year just didn't seem Tough enough. Therefore, I'm doing 8 UK and Ireland Tough Mudder events in 2014. I may even throw in a Saturday and Sunday effort on some...sanity dependant.

For those that don't know: Tough Mudder is a ‘hardcore 12 mile-long obstacle course designed by the Special Forces to test your all around strength, stamina, mental grit, and camaraderie. With the most innovative courses and 1,000,000 inspiring participants worldwide to date, Tough Mudder is the premier adventure challenge series in the world.’

Colorectal cancer is an awful, awful disease and it steals people from us far too often. In support of my Tough Mudderings, anything you can give to an organisation such as Beating Bowel Cancer, who help to minimise its effects on both the afflicted and the family that are often left behind, will be hugely appreciated

Many, many thank you's for any support you're able to offer, be it kind words or cash! I also accept compadres, willing to run any (or all) of them alongside me!!!

Check below for more pictures!

** As I'm not able to make Scotland , I'll be running the Saturday and Sunday of the Midlands Mudder to make up!