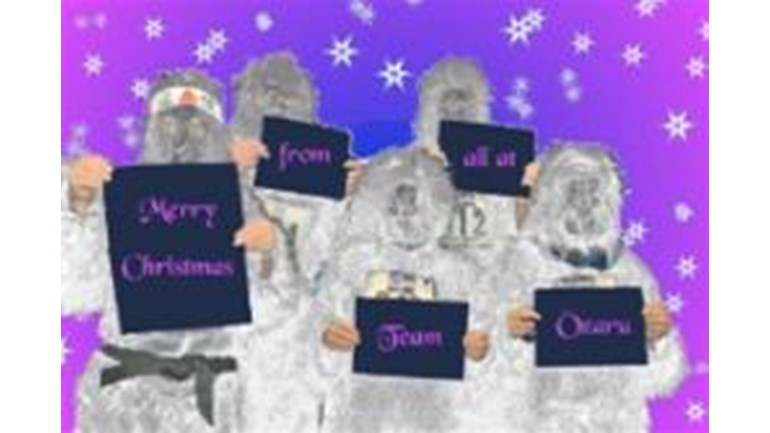 Fundraising for The Gorilla Organization

http://www.japanesetranslations.co.uk/bujinkan/ozaru-run.htm shows how every year since 2004 Ben Jones and Mirka Higgins (with other friends) have joined over 500 other humans running through London to raise funds for the 650-700 mountain gorillas (only!) left in the wild, along with the lowland gorillas which have just hit the top of the 'critically endangered' list. We've raised over 5000 pounds so far, and in total the Runs have raised over 500,000 pounds, but so much money is needed to help support these Great Apes. Just as importantly, much of the money goes to support the human communities around their habitats in a sustainable way.

This page is only for Ben & Noriko Jones; other team members this year were Mirka Higgins ( www.justgiving.com/mirkahiggins ), Jasmin Ebrahimi ( www.justgiving.com/jasminebrahimi ) and Kevin Hobbs ( www.justgiving.com/kevinhobbs ). You can see some of our preparations on www.youtube.com/watch?v=isJ3ZJAogxY and photos of the actual day at http://70.86.15.18/~ef8cou/gallery.php?gid=398 / www.flickr.com/search/?q=great+gorilla+run+2007+london (our numbers were 26, 212, 213, 542, 604). Yes it was hot; and yes I did wear my bouncy shoes... General details of the event can be found at www.gorillas.org/greatgorillarun (join in next year! we should be there: check www.justgiving.com/ozaru2008)

With just over 1000 mountain gorillas left in the world and 3 subspecies now critically endangered it is vital we do everything we can to save gorillas from extinction. We protect them from poachers, safeguard their forest home and improve livelihoods in local communities. Will you join us?