Stephen Chard
Fundraising for Walking With The Wounded 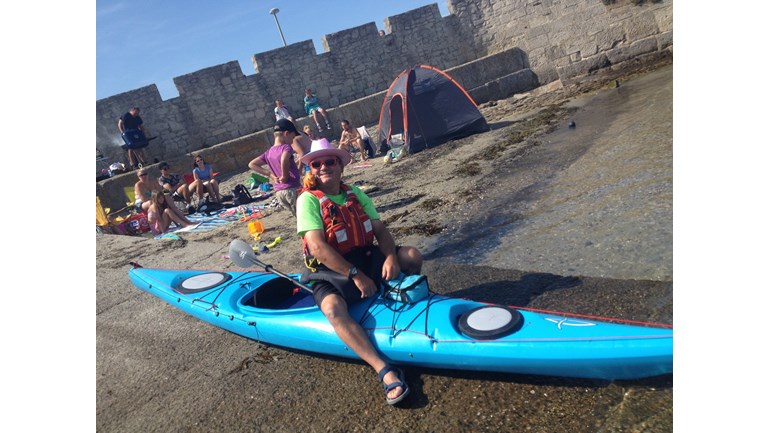 Kayak 'The Great Loop' of N. America for Walking With The Wounded

Fundraising for Walking With The Wounded

This is my ultimate way to celebrate retirement -an extreme challenge for me AND a reason to fundraise for charity.

I am paddling solo, camping each night and carrying all needed in my sea kayak -tent, food, cooking gear etc...

My 6000+ miles route will ONLY take me about 15 months to complete!

I start from Halifax, Nova Scotia on 1st June 2018, heading north inshore of Cape Breton and Prince Edward Islands and into the Gulf of St. Lawrence, around the Gaspe Peninsula  and up the St. Lawrence River to Quebec, Montreal and Ottawa via the Ottawa River. I then take the Rideau Canal to enter the Great Lakes at Kingston, ON. After a break to visit Toronto and Niagara Falls it’s the Trent-Severn Waterway into Georgian Bay and the North Channel of Lake Huron. I enter the USA at Mackinac Island and cross Lake Michigan to Chicago where I head south for the Gulf of Mexico via the Illinois, Mississippi and Ohio Rivers and the Tennessee-Tombigbee Waterway, back into the sea at Mobile, Alabama. Then it's circumnavigate Florida by the Gulf Intra-coastal Waterway to Fort Myers, the Okeechobee Waterway and Lake to join the Atlantic Intra-coastal Waterway at Stuart to head off up the east coast to Chesapeake Bay. After a break at Annapolis to visit the US Naval Academy and Washington DC it’s Baltimore, the Chesapeake & Delaware Canal, back down to Cape May and up the AICW again to Atlantic and New York Cities. Time off in NYC, paddle to the USN Submarine Force Museum at Groton, CT, on to visit Boston and then hug the coastline around the Gulf of Maine, the Bay of Fundy, Nova Scotia  and back to Halifax...

I said solo ....BUT PLEASE COME PADDLE WITH ME FOR ANY PERIOD OF TIME, ANYWHERE ON THE ROUTE...

My charities have all been associated with my life; I served in the South Western Ambulance Service and the Submarine Service of the Royal Navy and worked in Dorset County Hospital’s Renal Unit. Please choose to donate directly to any one of my four charities, or your donation can be split equally between them.

Walking With The Wounded supports veterans with physical, mental or social injuries back into independence and employment. You can make a difference to the most vulnerable ex-servicemen and women. Thank you for your support.

Choose YOUR charity by scrolling on down to click on 'Steve's Paddlers'.

Walking with the Wounded established in 2010 supports the employment outcomes of wounded, injured and sick servicemen and women finding new careers outside the military, re-integrate into society and provide long-term security for themselves and their families. Please help us to support them.

Charity Registration No. 1153497
Find out more about charity fundraising