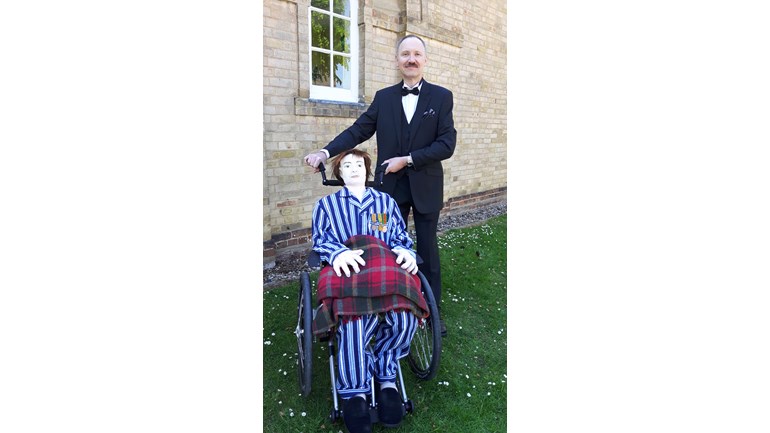 Royal Papworth Hospital performed a life saving, single lung transplant on my wife in 2014 and then in 2015 they saved her life again by removing her remaining native lung that had developed lymphoma, leaving her with just the single transplanted lung.  Thanks to Royal Papworth she has lived to see both our children leave home and our daughter get married.

The Papworth Village Settlement was founded by Sir Pendrill Varrier-Jones as a Tuberculosis (TB) sanatorium, which began accepting patients on 12th February 1918. As well as treating the patients, Sir Pendrill made sure they had financial support and paid employment in the village.  Thanks to Sir Pendrill's pioneering work many of the descendants of the original TB patients still live in the village today.

Royal Papworth's success has meant it has outgrown it's original village site and  to continue providing high quality care it is moving in September 2018 to a bespoke, purpose-built hospital on the world-class Cambridge Biomedical Campus (CBC).

To celebrate the centenary of Royal Papworth Hospital and the opening of the new hospital I will be walking 18 miles between the old and new sites on 31st May 2019.  I will be dressed as Sir Pendrill Varrier-Jones and I will be pushing a wheelchair containing a dummy dressed as a TB patient.

We support the work of Royal Papworth Hospital as the UK’s leading centre of excellence for the treatment and diagnosis of cardiothoracic disease, to provide additional amenities for our patients and their families and to fund Papworth’s pioneering research activity and vision for the future.

Charity Registration No. 1049224
Find out more about charity fundraising