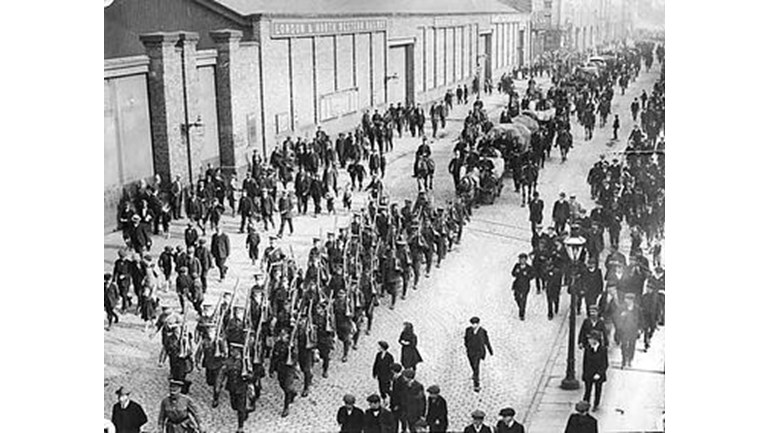 This page is for those unable to join us or who just wish to support the treatment program.

The walk highlights the issue of Veterans’ mental health resulting from military trauma: to raise funds for therapy by PTSD Resolution, which provides free treatment through a network of 200 accredited therapists.

Some eight out of ten people who complete the program report that they require no further treatment (full details on request). You can see many testimonials on our web site: first hand reports from Forces’ Veterans.

On the centenary of the Battle of the Somme, we remember that many soldiers faced more than the threat of enemy fire.

Military trauma, then known as shell shock, was little understood and there was no effective treatment available. It not only impacted upon the mental health of these men, but also had serious social and legal consequences.

Just a year before the battle, for example, the British Army declared that men who developed shell shock as a result of a shell explosion would be entitled to wear a special ‘wounded’ rank and receive a pension.

In contrast, men who had not been involved in a shell explosion were entitled to nothing and were instead branded as having a ‘defective character’. Such a narrow definition of the causes of shell shock was problematic not least because the Army often had difficulty in proving which cases were which. This left many soldiers adrift of the help and support they needed.

Tragically, many of the victims of Shell Shock were court-martialled during World War One and their diagnosis of shell shock was not considered an admissible defence.

Of the 346 executions carried out by the British Army, for example, 266 of these were for ‘desertion.’ Another 18 men were killed for ‘Cowardice,’ 7 for ‘Quitting A Post Without Authority,’ 5 for ‘Disobedience to a Lawful Command,’ and 2 for ‘Casting Away Arms.’ In 2006, the government issued a posthumous pardon to each of these men but, for these men, the damage was already done.

The Battle of the Somme created an additional 60,000 casualties of Shell Shock – a figure unmatched by any other battle – and, in its aftermath, the Royal Army Medical Corps was banned from using the term, ‘shell shock.’ While the name disappeared, the condition has lingered and the anniversary of the Battle of the Somme acts as its most potent reminder.

Further information on what we do, how we help Veterans today: www.ptsdresolution.org

Resolving military trauma for UK armed forces’ TA & Regular Reserves and their families. Brief, local 1-to-1 counselling that works. Confidential, no referral needed. Nationwide network of therapists. Effective, with near 80% success in an average of just 5 sessions. Free to UK Forces' Veterans