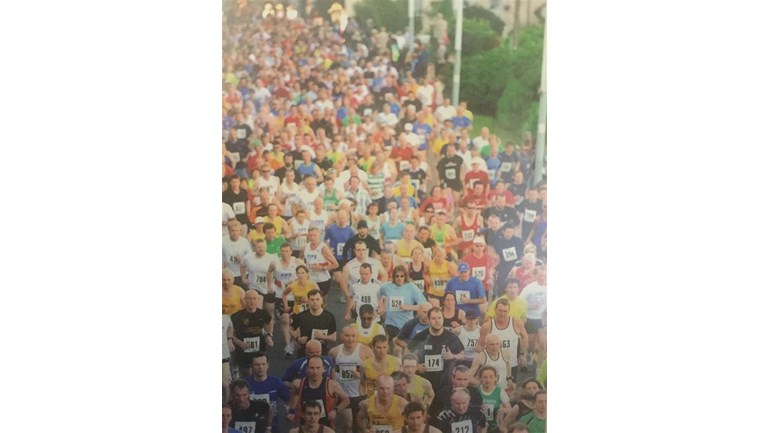 The greatest gift in life is to be blessed with a great family and special friends.  People who light up your life every day.

Andy was my Brother Sandy’s best friend, in fact they were a group of lads all best friends, Andy, Danny, Tom, Jock and Sandy.  They went through school together and they grew up together meshed in the cogs of friendship.  As the years went on they would often meet  up for a few beers and a catch-up.

That’s the special thing about friends, they can be apart for years but when they meet again, it is as if they have just wandered from one room to another.

I first met Andy when I was a kid, I would often follow my older brother up to the playing fields just so I could join in with their game of football.  By that time they were young men on leave, Danny was in the Para’s, Sandy in the RFA, Jock was in the army and Andy worked as an Engineer on the fishing boats.

Andy had a smile that lasted every minute of his life, he was a warm kind person who genuinely wanted to listen to what you had to say.  You never found him any different.  He was just one of life’s special gifts. My thoughts go out to Anne his lovely wife and his kids Lynne and Andrew as I write this.

I remember Jock and as a small boy I use to hang around with his nephew at school and I remember we dug a hole in Jocks garden trying to get to Australia, the hole was huge, he was a quiet man who I know was loved dearly by them all and lost his own fight with cancer.

One of the greatest tributes I have seen to mark a friendship is a rock that sits in the cairn on top of Buachaille Etive mor, a Scottish mountain.  It’s a decent size rock with Jocks name inscribed into it.  Danny climbed up that difficult mountain carrying that load on his back in memory of his dear friend Jock.  That was the calibre of bond that existed between these lads.

Danny and Andy were neighbours living doors away from each other, I know that Andy had a special part in Danny’s poetic heart, a lifetime companion and another big cog dropped out of his life when Andy had gone.

If you are lucky, life is a long walk through many years and to carry an amazing friendship is to also carry the burden of its loss but its memories will partner you for the remainder of your own journey and for every step you take those memories are priceless.

Andy and Tom frequented the same bar almost every Saturday for a few beers and a catch up and it was the one place we all knew we could find them and I could update Andy on my life and listen to his joyful spirit emanating out of him akin to the true spirit of Xmas. I often think of Tom and the loss of his Saturday companion, they had a special bond.

My brother lives on his own, Andy who lived in the same town would often pop around to pull Sandy out of his hermit hole.  He would also mend things for Sandy around the house.  They would even occasionally set sail together in Andy’s boat.  Sandy equally would pop down to Andy’s.   They would often meet up and get the train through to Kirkcaldy to meet Tam and Danny.  The circle of lifetime friends and time ticking away transparently.

It seemed fitting that Andy’s hobby was escaping to his garden shed and making garden gnomes that shared his sunny smile.  I reckon there was a bit of magic in how they got that smile.

His love of the water never left him and he joined the Queensferry rowing club towards his latter years, he would often take his boat and row up the Forth

In the end Andy succumbed to cancer and those remaining lads after a lifetime of friendship shared their last farewell together.

I remember the first time I sang in public and Andy’s kind words and his comments that I was a dark horse and yes he was smiling.

I think of him when I have done the black rock race in Kinghorn and often been met by his smile afterwards, i would occasionally meet that smile when I was out running and Andy was out cycling.

I think of that smile when I watch the old home movies those crazy loonies made in the 70’s as young men enjoying life.

At his funeral he requested  for the song ‘row row your boat’ to be sang, that was Andy, a lifetime of smiles to be spread amongst the congregation.

I am ironically not known for smiling but on the 7th April I will make sure I do, in memory of Andy.

Finally I also want to mention the amazing response from the Queensferry Rowing Club members, upon visiting their own amazing tribute to Andy on their website are two reminders of the love for him.  The many rowers who stood outside the crematorium and saluted Andy with their oars and the great picture of his fellow rowers and friends assembled on the beach they simply engraved in the sand ‘Andy’