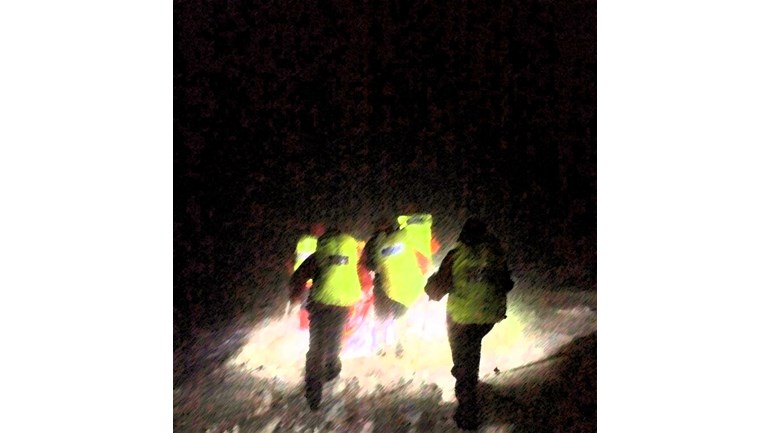 Paul and Karl are both members of Northumberland National Park Mountain Rescue Team and are taking part in the Spine Race MRT Challenge to raise funds for the Team and the Mountain and Cave Rescue Benevolent Fund.

The race starts in Edale, Derbyshire and ends just over a 100 miles later in Hawes, North Yorkshire. As well as the mileage there are over 15,000 feet of ascent and two third will be in the dark. Oh and you have only 60 hours to complete.

This all seemed like a good idea last spring but we have been training hard and preparing for the challenge.

Northumberland National Park Mountain Rescue Team provide an all year round service across Northumberland and Tyne and Wear. The Team completely relies on volunteers and requires £50,000 a year to operate all of which is raised by the Team. The Team is called to around 80 incidents a year involving lost or injured walkers, climbers, missing vulnerable people and assisting during periods of severe weather such as flooding and winter storms.

Any donations will be divided between the Rescue Team and the Mountain and Cave Rescue Benevolent Fund. This Fund aims to alleviate hardship suffered by team members - and their families - which has arisen as a result of a mountain or cave rescue operation.

Charity Registration No. 511313
Find out more about charity fundraising