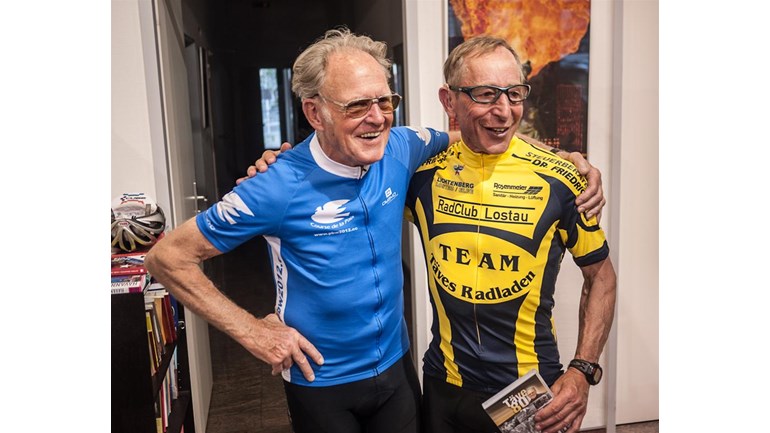 From April 26th to May 13th 2012 Alan Buttler and Geoff Wiles supported by Geoff Hodgson will be cycling the 1,500 mile route of the 1955 Peace Race, in tribute to the life of Alf Buttler and to raise money for Diabetes UK.

As team mechanic, the 1955 Peace Race was Alf's first race with the British amateur team and the beginning of a 25 year career with British cycling. Our journey will follow the 13 original stages of the race, from Prague to Berlin to Warsaw.

Alf had been suffering from Diabetes for 10 years and sadly passed away on 21st December 2008.  During these years he wrote about his 70 year involvement with cycling which has been serialised into an online blog: http://alfbuttler.blogspot.com/

For more information on the ride and progress reports see: