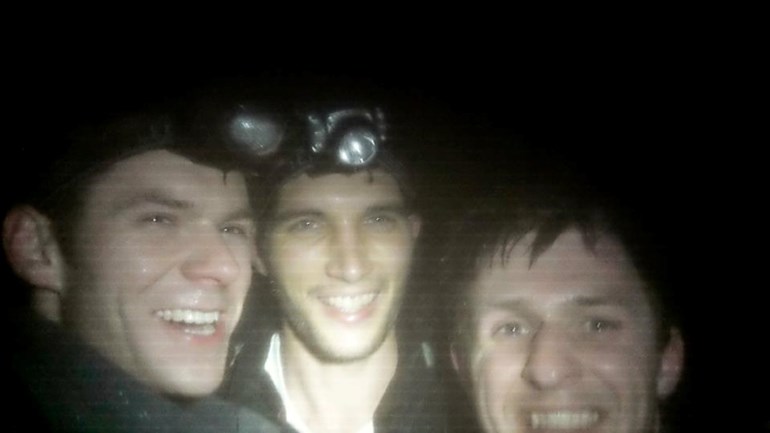 completing the National 3 Peaks challenge for Mountain Rescue England and Wales because they'll save us.

Well the challenge is over!   To summarise we began at 6:00am on Thursday and ended at 3:20am on Friday (a total time of 21 hours and 20 minutes). 10 photos are now up so take a look at them. You can still donate though!   If you're wondering how we actually got on here's a more in-depth trip report:   We drove up to Fort William on Wednesday and arrived at our B&B around 10:30pm only to awake 6 hours later. We were up at 4:30am and drove through worryingly poor visibility to the Ben Nevis Inn. After a quick conference we decided against waiting for the bar to open and headed off up in to the mountain at 6am. We were soon sped up by the idea of being free of the midges and cloud as we saw the weather that lay in store for us. From half way up the mountain we were out in to sunshine and were in good spirits until the peak. I hope the pictures will do the views justice. We made the summit (1,344m/4,409ft) in just over 2 hours and were back at the car in 3 hours and 50 minutes. A bit of faff later and we began the depressing drive away from the Highlands.   We arrived at Scafell Pike, the highest peak in England, at around 4:10pm. So did the rain and gale force winds. We'd completed Scafell over Easter as part of our training and did a scrambling route in 3 hours 15 minutes so we were expecting the tiredness and conditions to cost us dearly on time. We had the benefit of experience and took the other (easier) route up. We made the summit (978m/3,210ft) in less than two hours but didn't fancy sticking around this time. A quick photo later and we headed straight back down the now very wet path to make it back to the car in a pleasing 2 hours and 57 minutes. This early finish also gave us the opportunity to surprise our driver from her sleep.   The Scafell pace had taken its toll on us and we had, unfortunately, seen the weather forecast for Snowdon. We pulled up to a cold but surprisingly dry Pen Y Pas at 11:50pm and checked our torches at least three times. We took the Pyg track up and were making good time before the weather we were promised arrived. Head torches only go so far in Welsh rain so we lost the path on more than once occasion. Thankfully assisted by a ridiculously bright torch we were able to find our way up but were still worried about the difficulties we'd had. Such was our fear that we concluded that my new mountaineer's beard wouldn't even help us in those conditions! We reached the summit (1,085m/3,560ft) in 2 hours dead and decided it was the perfect place for a meeting. We reached the conclusion that we were trying to RAISE money for Mountain Rescue and conditions had worsened to the point where attempting to go back down the Pyg track would be stupid. Hilariously, our driver had no signal in Pen Y Pas so we took the Llanberis path back down knowing it would leave us 8km from our car with no form of contact. After a spooky encounter with a strange old man walking up the Mountain Railway at 3am with no torch (still not sure we actually saw him...) we came off the mountain at 3:20am giving us our final time of 21hrs50. As predicted, we failed to find a taxi company or, in fact, human being in Llanberis at 3:30am. A soul-destroying and silent two hours of walking and we returned to the car and a mildly worried driver.   All in all it was good fun and great to do with people you know well. We were happy to have had the weather for Nevis as it was the only one we hadn't seen before and the jury's still out on whether we'll do it again. The idea of Welsh 3000s has been banded about (all 15 peaks in Wales over 3000ft in 24 hours) but I think that'll wait at least a year.   A huge thank you to all those who sponsored us and have supported us over the last few months! An even bigger thank you to our driver Hannah who had the challenge of putting up with us and driving all those miles! We're so pleased to have completed it in time and happy to have kept to our trip motto; Death count 0!

The challenge involved a total ascent (AND descent) of 2,900m/9,800ft as well as 450-500 road miles and a total distance (discounting the gradient) of approximately 27 miles/44km. We have decided to raise money for Mountain Rescue England and Wales as they are lifesavers who volunteer to rescue strangers caught up enjoying the outdoor spaces that we all enjoy so much.

Mountain rescue team members are on call every day, of every month, of every year. Whatever the time, day or night. Whatever the weather. They do it voluntarily. They do it without question. At no cost to the casualty. And it's thanks to your generosity, they can continue saving lives. So thank you.