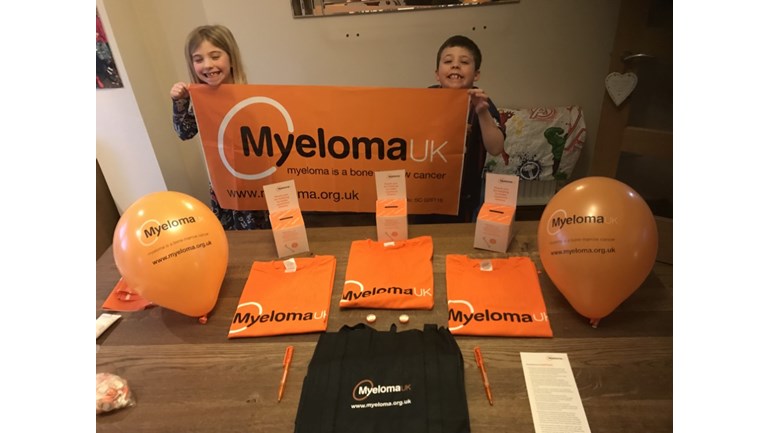 Thanks for taking the time to visit our  just giving page it really means a lot to us that we help myeloma become a cureable disease .

This horrible disease is a form of blood cancer than generally affects people 60 and over  . It is formed inside the bone marrow and causes the bones to break apart from the inside out. It’s widely unknown but affects more and more people and the symptoms often don’t lead people or even gp’s to test for this until people are in a horrible amount of pain and discomfort. .

On my dads 65 th birthday, the ACTUAL day he retired from work he developed a bad back , this gradually got much worse over six week we he become completely Imobile , doctors and nurses only giving stronger and stonger pain killers until one day he became to struggle breathing after a lot of phone calls an ambulance finally turned up , they did blood tests and found his kidneys were failing .

Because of the lack of knowledge about this disease his lungs were nearly full of fluid suffercating him which was horrific to watch and be powerless to help . Since then he’s been through a lot of kidney dialysis, plasma dialysis chemotherapy to atttempt to treat the cancer .

Charity Registration No. SC026116
Find out more about charity fundraising