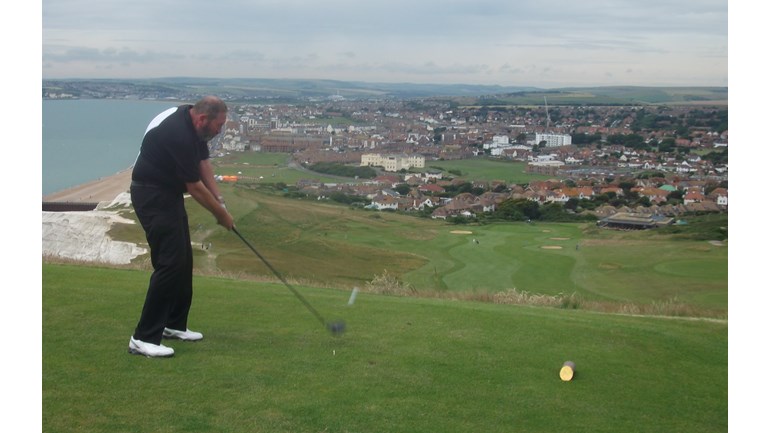 I am raising money for Myeloma UK because I was diagnosed with Myeloma in January.

My symptoms were (1) bad back pain which started in April 2018 and curtailed my golf and Gardening activities (2) Anaemia showing in blood tests in 4Q18 and (3) two major chest infections in November 18 and January 19 both requiring stays in Hospital (low level of immunity and open to infections is a result of Myeloma).

Hospital doctors in Jan 19 followed up the Pneumonia with a detailed blood test which indicated Myeloma - a couple of weeks later confirmed with a Bone Marrow biopsy (which was not a lot of fun ;-).

So, when I was confirmed as BGS Captain for 2019, I wanted to give back for the treatment and support that I have been receiving by selecting Myeloma UK as my charity for the year.

Myeloma is a blood cancer arising from plasma cells. At any one time there are around 17,500 people living with  myeloma in the UK. It accounts for 15 per cent of blood cancers, and two per cent of all cancers. Myeloma mainly affects those over the age of 65, however it has been diagnosed in people as young as 20.

Myeloma develops when DNA is damaged during the development of a
plasma cell. This abnormal cell then starts to multiply and spread
within the bone marrow. The abnormal plasma cells release a large amount  of a single type of antibody – known as paraprotein – which has no useful function.

Unlike many cancers, myeloma does not exist as a lump or tumour. Most  of the medical problems related to myeloma are caused by the build-up of abnormal plasma cells in the bone marrow and the presence of the paraprotein in the body.

Myeloma affects multiple places in the body, which is why it is
referred to sometimes as ‘multiple’ myeloma. Myeloma affects where bone marrow is normally active in an adult, such as in the bones of the
spine, skull, pelvis, the rib cage, long bones of the arms and legs and
the areas around the shoulders and hips.

Charity Registration No. SC026116
Find out more about charity fundraising