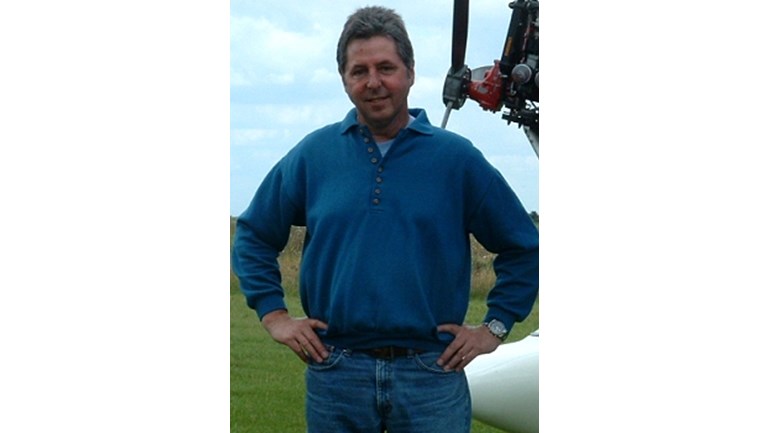 Peter was diagnosed with mouth cancer in December 1998 – just a couple of months after his son’s first birthday. Due to the marvellous care of Iain Hutchison and his team he was able to enjoy another 12 years of life and see his young children, Abbi and Tony, grow up to be teenagers. Sadly in April 2010 Peter lost his fight against cancer. A few months later, in memory of Peter and his courage & bravery, a group of Peter’s family and friends joined the Saving Faces 2010 Cycling Day and raised £2829 to support the charity’s valuable work.

On the 3rd September 2011 the same group will again be trying to cycle 50 miles in this year's Cycling Day and add to the amount raised last year.

You may not know that mouth cancer is twice as common as cervical cancer affecting 5000 people every year. What’s more it’s a painfully disfiguring cancer affecting patients’ ability to speak and eat - which is why the Saving Faces Team and the “Peter Wren honorary cycling group” need your help!

Iain Hutchison and his team gave us an extra 12 years with Peter - something for which we will be eternally grateful - so please help us, dig deep and give what you can!

Founded by Prof Iain Hutchison, Saving Faces aims through education and research to improve the prevention, diagnosis and treatment of facial disfigurement, facial injury and mouth cancer and is committed to reducing the suffering of all victims of these devastating and often fatal conditions.