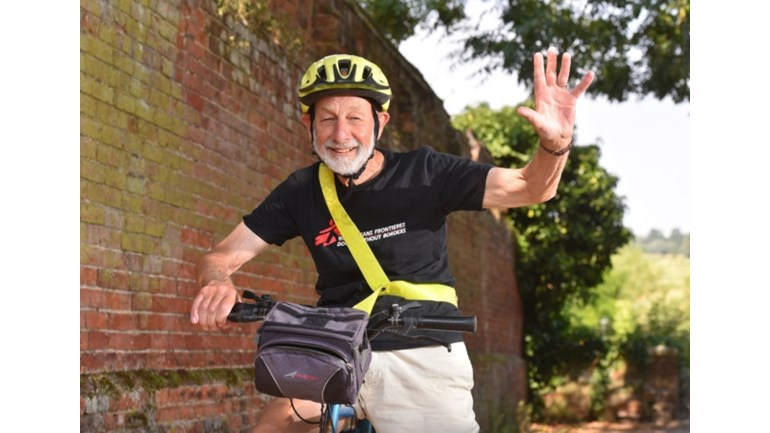 Peter, a retired Vicar plans to set out from Land's End on his 85th birthday (18th August) in an attempt to cycle to John  O'Groats.  He has successfully completed the ride twice before - once age 75 and last time aged 80 - taking 3 weeks each time and raising £38 000 for charity.

The ride is going well - it started on 18th August in Land's End and is due to end on 12th September. If you're interested in finding out more, do follow us on twitter @bikeride85 or on the blog https://peterlangford85ride.bike/ daily updates on both!

Lots of people are filling in (or emailing me) with sponsor forms.  The details are being logged and the amount raised is being added to the total on this page - as money raised off-line.  Many thanks to all the sponsors!

Médecins Sans Frontières/Doctors Without Borders (MSF) is an independent humanitarian medical aid organisation. We are committed to providing medical aid where it is most needed, regardless of race, religion, politics or gender and also to raising awareness of the plight of the people we help.

Charity Registration No. 1026588
Find out more about charity fundraising