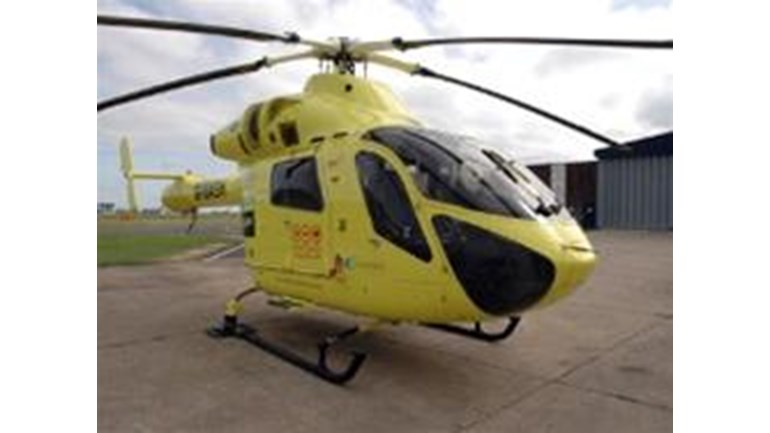 Many Thanks for visiting this donations page for Richard Hammond.  This page was set up by the readers of Pistonheads.com due to the heartfelt feelings around this terrible accident.  We are very heartened and touched by the way the motoring community has rallied (raced) around this idea and the support has been overwhelming.

Donating through this site is simple, fast and totally secure. It is also the most efficient way to get money to the Yorkshire Air Ambulance Charity. If you are a taxpayer, an extra 28% in tax will be added to your gift at no cost to you.

This is for everyone that wants to say get well soon Richard and say thankyou to the yorkshire air ambulance at the same time.

Thankyou everyone, this has been more sucessful that we could have ever imagined. You can now recieve a YAA "Heli-Ted" pilot bear in return for your new donations made after 16/10/2006!  click here for more information.

YAA needs a second helicopter to be based in South Yorkshire as around 300 incidents a year cannot be attended as we're either on another job, the weather at LBIA has closed in or were offline for scheduled maintenance. YAA  will be designating  Richards fan's  donations  for the 'Hammy copter' so that we can expand our work and advance our plans for a second helicopter.
This would offer a number of advantages:
It would advance our capital plans - give a lasting tribute to Richard and his incredible fans and assist our fundraising , as well as freeing capital currently earmarked for a second helicopter to be used to save lives now.

Martin Eede CEO of the YAA Please dont forget to support your local air ambulance Charity.  Many of them can be found on the justgiving website.


Many thanks for your support.
The readers of PistonHeads.com

Thank you for choosing to support the Yorkshire Air Ambulance! We need to raise £12,000 every day to keep our life saving service in the air. We would love to thank you personally for your efforts, please email info@yaa.org.uk when you have completed your challenge. Good luck!