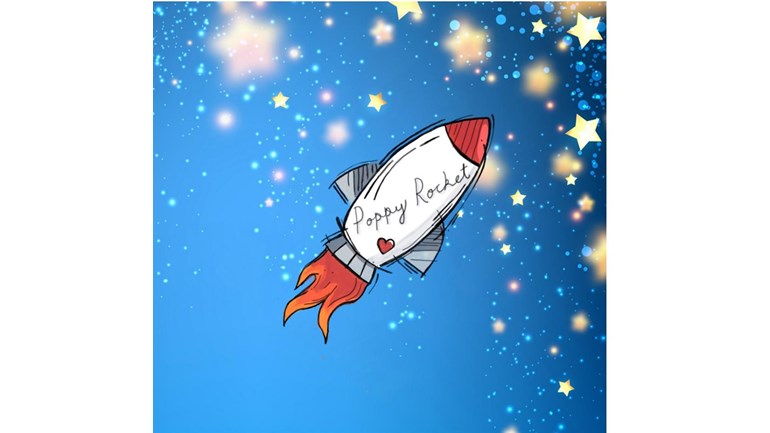 Thanks for taking the time to visit Our JustGiving page.

This page has been setup by Poppy's Parents, Jo and Shaun to help raise money for Alder Hey's PICU, Urology department & The Alder Centre Bereavement team. We cannot put into words the gratitude we have for such an incredible hospital, the care our little daughter had here was unbelievable and the support we had as parents was amazing.

As most visiting this page will know, Poppy was only with us briefly but put up a bigger fight than most of us will ever know and touched many Hearts more than she will ever know. However she had more important business to attend and had to be on her way to go explore the Universe on her Rocket.

Poppy was born 10/11/2017 and left us on 14/11/2017 due to a condition called Cloaca which is a very rare condition, 1 in everyone 50,000. Although Cloaca in itself isn't life threatening, the affects of it caused Poppy's kidneys to fail. During pregnancy, some of those kidney issues had been found, and it was from our 32 week scan that we got full support from Mr Simon Kenny & his team at the urology department. At birth Poppy was diagnosed and underwent surgery at just 2 days old by one of the most incredible surgeons, Dr Colin Baillie. Unfortunately, despite the incredible care and Poppy's fight and determination, she decided it was time to take her journey to the stars. If Poppy had decided to stay on earth, she would have spent many years under the care of Alder Hey & at the Urology department and we can't think of any better way of honouring her by supporting them and helping them, help other little ones continue with their battles.

Poppy stayed on Alder Heys PICU during her time there and she, hands down had the best care in the world, the compassion from the nurses, knowledge from the doctors and support we had as a family is truly undeniable. ICU is a really scary place to be, especially with your little one and we would like to continue to raise money to support the work they do. We like to see it as we're paying Poppy's rent.

We also have to mention The Alder Centre Bereavement Team who have supported us as a family from the moment Poppy went to the stars, it's safe to say, without them, we would not be where we are now. Thank you.

This page will be used for multiple events, including the much anticipated Poppy Challenge on 27th October 2018. We will continue to update with challenges & hope that you can give what you can to support a hospital that keeps the children in our world safe, we'll raise as much as we can in honour of you Poppy, our Astronaut, our Poppy 'Rocket' Elsie Keeling.

Thank you and much love

Alder Hey Children’s Charity raises funds towards the pioneering work of Alder Hey Children’s Hospital. Your support will ensure the 330,000 children we see each year have access to the best facilities and equipment, and that the benefits of our innovating work are felt by families across the world.

Charity Registration No. 1160661
Find out more about charity fundraising