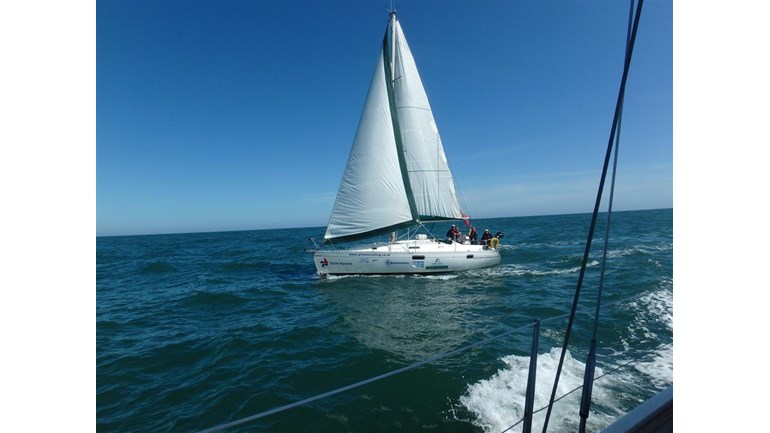 Sail around Britain for Macmillan Cancer Support because they are there when you need them most.

On Saturday evening 9th November 2013 James, our son, went to hospital with stomach ache. Later the surgeon would comment that he was surprised that James had managed to 'walk' into A&E.  James underwent lengthy, emergency surgery and woke up to the unexpected diagnosis of bowel cancer with secondary tumours on his liver.

Since that day, James has undergone several major surgeries and chemotherapy treatment programmes.  He is currently undergoing chemo to shrink cancer cells present in his stomach.  During times of treatment, as well as remission, Macmillan Cancer Support has been there for him providing support in so many aspects of his life, making this cancer journey that little bit easier ... and that little has made a lot of difference.  James commented, "The support they provide is vital to so many, and if we can raise enough for them to help just one person, to pay one gas bill, or buy one winter coat then, trust me, it will make all the difference".   In the Summer of 2015 James was well enough to raise over £3000 for Macmillan by cycling 1300 miles across Europe.

Now, as his family, we have an opportunity not only to thank Macmillan, but to help them to support others who suddenly find themselves confronting cancer and the difficulties it can bring.  Currently James is an inspiration to us all. Despite undergoing a palliative programme of immunotherapy and chemotherapy he will, between treatments, be supporting these voyages.