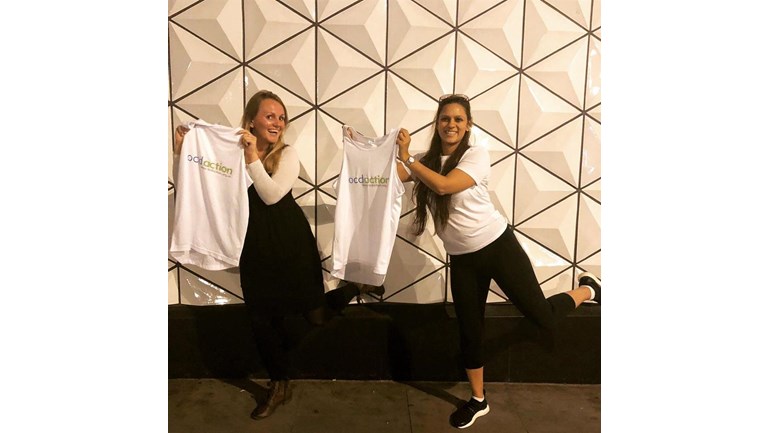 OCD is a debilitating mental health condition, which can have a severe impact on people's lives. Unfortunately, OCD is often joked about and used to describe people who love to clean or line up their cutlery (if only it were that simple!), but for those living with the condition, this couldn't be further from the truth.

"We have both experienced OCD in one way or another, as I (Olivia) have battled it since a young age and continue to do so, and Pri has lived with me and supported me through some pretty tough times. At its worst, my OCD meant I was unable to leave the house, and even the simplest of tasks - like getting out of bed - were impossible without severe anxiety, distressing intrusive thoughts and time consuming rituals. It sounds extreme but that's often the reality of living with the condition - it's grim and it really does ruin lives...but, on the positive side, there is help available, and that's where OCD Action comes in. This charity provides vital support to people affected by OCD, including friends and family, and helps people to regain control over their lives. I've worked there for nearly 6 years, currently as their Youth and Communications Manager, so I get to see first hand the incredible work that they do day in day out and the huge difference they make. I might sound biased but they are truly awesome and deserve every penny we can raise for them."

We would LOVE to be standing on the side-lines cheering on the other runners, BUT just this once, we have decided to throw on some running  gear and give it a go for ourselves! This race seems extra special, as the home of The Great North Run, Newcastle, is where we met each other for the first time and lived together at university. The run will be a (sweaty, tiring) trip down memory lane!

It would be fantastic if we could raise some money for OCD Action, to help support those living with this horrible illness. Any support you can give, whether it is a donation or the promise of a drink/Dominos at the finish line, would be hugely appreciated!