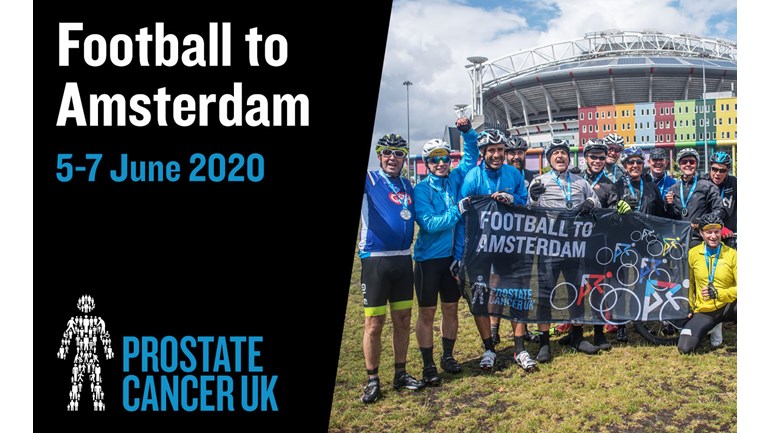 I’m taking part in Football to Amsterdam, a two day, 145-mile bike ride to the Dutch capital. We’ll be putting football rivalries aside to tackle prostate cancer once and for all. Prostate cancer is the most common cancer in men. It’s a disease which kills one man every 45 minutes – that’s two men during a football match. But Prostate Cancer UK know that we can turn it around. Their aim is to make this a disease the next generation need not fear.

It has been 18 months since I completed Lands End to John O'Groats and then tackled Sepsis followed by a (very clever) Prostate Cancer Operation.  A busy 2018!

I was lucky and the Prostate Cancer was caught early, the Operation went well and I have been scoring 0.00something in the blood tests ever since - so far so good.  High time then to put some effort into raising funds and awareness for the disease and the clever people who are tackling it.