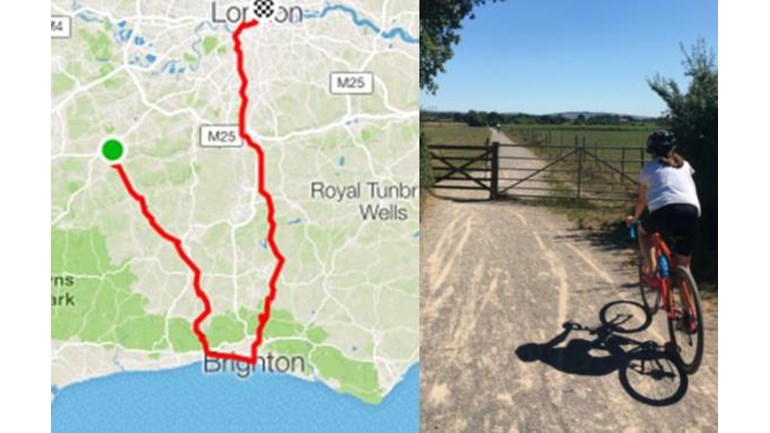 Cycle 105 miles to Brighton and back ! for Barts Charity because donations will support reducing youth knife crime.

We support hospitals & health innovation to improve the lives of patients

Inspired by the Tuscan Strade Bianche road race, the route sets off from Guildford along the River Wey and joins the gravel paths of the Downs Link, taking us to the South Coast on unpaved roads. Upon reaching  the normal finish line in front of Brighton Pier we will then head North to climb over Ditchling Beacon before cycling another 60 miles back to London.

We are taking on this challenge to raise money for the ongoing work of Barts Health Violence Reduction Service, founded by Martin Griffiths, a consultant trauma surgeon at the Royal London Hospital. Partners Wealth Management partnered with Barts Charity after hearing Martin speak about his experiences of knife crime.

Martin was inspired to change the future for the young stab victims he was treating and set up the UK’s first programme which offers specialist ward-side intervention. From the moment young people are admitted to the hospital – at their most vulnerable and open to change – the violence reduction efforts begin and will continue after discharge. The service has had tremendous success in reducing rates of retaliation violence readmission in young people and has helped to reduce the proportion of stabbing victims who come back to Martin after being knifed a second time from 45% to just 1%.

Partners Wealth Management is fundraising to support the Barts Charity Trauma Appeal, with a specific focus on raising funds towards a Violence Reduction Nurse post at the Royal London Hospital. Your donations will help continue the work to reduce youth knife violence.

We're here to support the amazing staff and hospitals of Barts Health NHS Trust (St Bartholomew's, The Royal London, Mile End, Whipps Cross and Newham) to make things better for patients. We fund everything from the latest equipment to groundbreaking health and medical research.

Charity Registration No. 212563
Find out more about charity fundraising