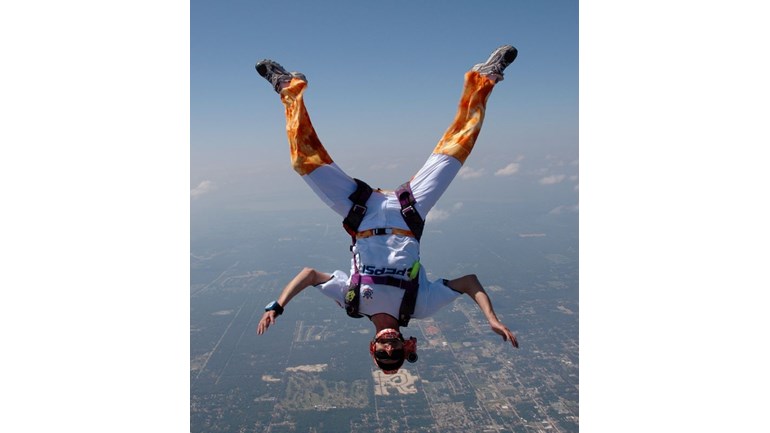 Our natural world is being degraded, lost at momentum that is gathering speed, Paignton Zoo is home to thousands of amazing animals and plants. Our main aims are species protection and education so future generations can enjoy the diversity of our world. Your help is really needed and appreciated.

Thanks for everyone who has donated so far. Its much appreciated. Please spread the word to all your friends.

All moneys raised will be going to Paignton Zoo and the conservation projects it supports here in the Uk and abroad.

Update: The jump was successful and I landed safe. :o) I just wanted to give a little update and also let you know where a portion of the money raised has gone. Part of the fundraising was towards the EAZA Ape Campiagn and the Zoo have released some news regarding the fundraising efforts. Although not mentioned in the article the Paignton Zoo Team of tandom jumpers were raising money for both the zoo and the Ape campaign.

A local conservation charity has made a large donation to international ape conservation.

Paignton Zoo Environmental Park has given 9,999 Euros to the Ape Campaign 2011. The campaign, run by EAZA, the European Association of Zoos and Aquaria, aims to raise one million Euros for global ape conservation.

Zoo director Simon Tonge said: “EAZA set what they called the 3333 challenge because if all 300 EAZA member zoos raised just 3,333 Euros, then the campaign target of 1 million would be achieved. We chose to aim for 9,999 Euros because we have apes – gorillas, orang utans and gibbons – and because two members of our staff are on the organising committee.”

Paignton Zoo received a Gold Award certificate for raising the money at the EAZA AGM, held in Montpelier, France, on 24 September.

Zoo spokesperson Phil Knowling said: “Keepers, research students, office staff, scientists and volunteers have all helped to raise the money. It has been a real team effort. Visitors, Zoo members, local schools and businesses have all supported us.”

Zoo staff and volunteers held one-off events and did fundraising on site. Ape Days, when members of the public paid to go on special days to meet keepers, conservationists and animals, raised £2,200.

Branches that had been chewed by a gorilla and turned into walking sticks were sold on eBay, while a unique Dartington Crystal glass cast of a young gorilla’s hand-print made £302. Four paintings made by another gorilla sold for over £900.

Dr. Melfi, who works with primates, said: “The ape campaign is working to save our closest relatives - bonobos, chimps, gibbons, gorillas and orang utans. As apes ourselves it’s important that we recognise the plight of our relatives and fight to stop them dying out. They're family.”

Although the jump is complete you can still donate while the page remains open. Thanks again. Jas

Our natural world is being degraded, lost at momentum that is gathering speed, Paignton Zoo is home to thousands of amazing animals and plants. Our main aims are species protection and education so future generations can enjoy the diversity of our world. Your help is really needed and appreciated.