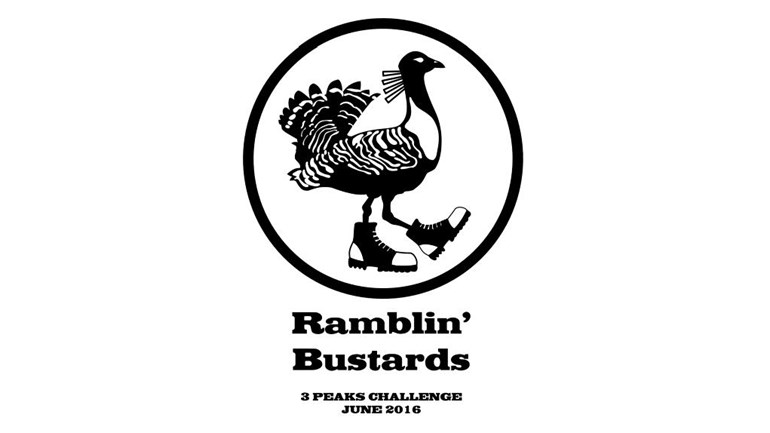 We are a group of work colleagues (mostly) from Wiltshire and Hampshire who decided to set ourselves a challenge of completing the UK Three Peaks.

We have chosen the STARS Charity because one of the team members 2 1/2 year old daughter has recently been diagnosed with RAS (Reflex Anoxic Seizures). This illness has lead to Lottie being resuscitated twice in her life. Our aim is to increase awareness of this condition and also raise money for the STARS charity who research the condition.

Our beautiful daughter Lottie was born full term at a good weight and aside fromthe odd bouts of reflux was perfectly healthy.

At 12weeks everything changed when Lottie stopped breathing as she was placed into her car seat. Home alone with her it was every parents worst nightmare and  a traumatic, emotional 24 hours followed but
after close monitoring we were told there was nothing to worry about and this had been a "freak" incident probably caused by reflux. Well It's
pretty hard to continue life normally after such an event but we tried our best if only for the sake of our son, Lotties older brother.

As Lottie grew it became apparent it had not been a one off incident as she increasingly had "episodes" of non breathing unconsciousness with no apparent cause. We were referred to a paediatric consultant who then referred us to both a neurologist and later a cardiologist.

At 18 months we were told Lottie may be borderline epileptic and medication was considered but as parents with some medical background "borderline" wasn't good enough. We felt as a family we were coping with Lotties condition well and decided to watch and wait - we know now this was the best decision we could have made for her.

In following months Lottie underwent several ECG studies of her heart as well as EEG studies of her brain activity and age 2 after seeing a second neurologist and a cardiologist Lottie was given a diagnosis of R.A.S (Reflex Anoxic Seizures) . We felt relieved that we finally had a diagnosis but we didn't know much more than the diagnosis title!

Our neurologist pointed us in the direction of S.T.A.R.S, an amazing charity providing knowledge and support to families like ourselves and researching management options for the condition. The support on the end of phone and resources available online is invaluable to sufferers and relations alike.

There is no cure for R.A.S but we hope Lottie like the majority of other sufferers will outgrow her condition. We as a family have the knowledge to deal with her pretty frightening and unpredictable episodes which are often triggered by pain or fright. Ollie her 5 year old brother knows to put her into a recovery position and call for help and is no longer fearful of her seizures thanks to a child friendly story book provided by S.T.A.R.S. Rarely a week goes by without a seizure, sometimes several in a day
but Lottie is like any other 2.5 year old -happy, noisy, cheeky and of course a little bit naughty at times. Shes our special little girl we wouldn't have it any other way!

For more information about STARS and RAS please visit

STARS works together with individuals, families and medical professionals to offer support and information on Syncopes and Reflex Anoxic Seizures