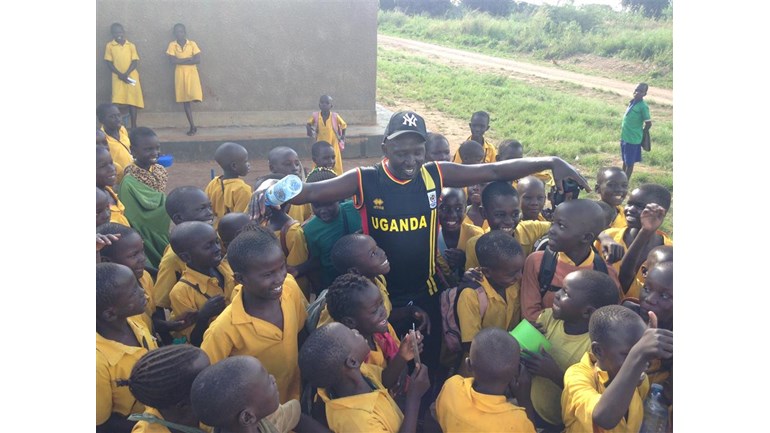 We provide aid and advocacy to support partners around the world

Against the background highlighted above, Humanitarian Aid Relief Trust (HART), a UK charity founded by Baroness Cox, in collaboration with the local people and myself, a UK based Ugandan, established a community-based organisation in October 2007 known as Patongo Orphan Infants Health Rehabilitation (PAORINHER). The centre was set up to provide residential care, psycho-social support, counselling, food, accommodation, medication for orphaned children between 0-6 years, who were found to be dying in their thousands as a result of the war, poverty and neglect.

The war left behind thousands of vulnerable orphan children and our focus is even more on the HIV + children and their affected families. This poor and neglected community need your help to address the high level of malnutrition and opportunistic infections and secure long-term food security and future well-being.

What your donations will be used for

Acquisition of a good reconditioned second-hand tractor would produce enough food for the hundreds of HIV+ orphan vulnerable children attending nursery and primary education and produce some excess towards sustainability of the children centre.

Please give generously now to my JustGiving page or by contacting HART and save the lives of these lovely children who not only have the courage to survive but a huge potential to make significant contributions in re-building their shattered communities and ability to become future leaders, doctors, teachers, nutritionists, pilots, engineers, human right activists, journalists, peacemakers. Thank you very much for your kind attention and life-saving support.

HART is not just ‘another aid organisation’. We are distinctive in that we combine aid with advocacy, working for peoples suffering from oppression, exploitation and persecution who are generally not served by major aid organisations and are off the radar screen of international media - Baroness Cox

Charity Registration No. 1107341
Find out more about charity fundraising