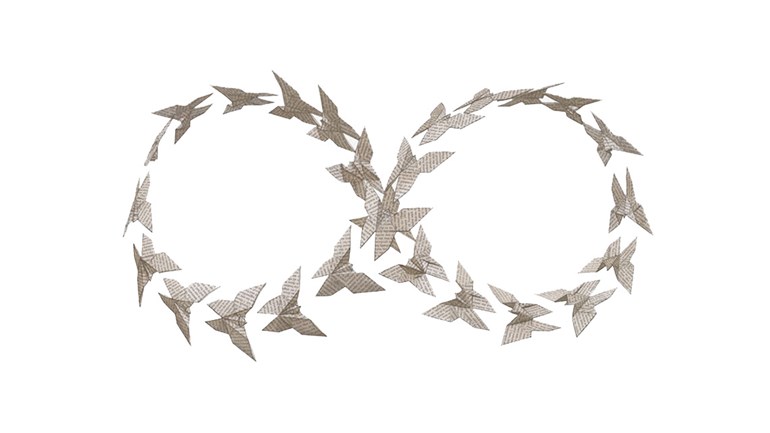 We have now completed two years of The InFinnity Project which uses the visual arts to help with mental illness.  The idea for the project is inspired by Finn's art and in February each year three themes are inspired by one of his paintings - see more at www.theinfinnityproject.uk

The InFinnity Project celebrates the life of Finn Clark, a talented professional illustrator who took his own life in late 2015, aged 25. He had been diagnosed some two years before this with a form of psychosis and depression.

Many friends and family members have already generously donated to Rethink via the celebrations we have held in London and Ireland.  If you weren't able to attend or would like to give and share a special memory of Finn we would be truly grateful.  Sales of cards from The InFinnity Project continue to raise funds - clarkcards.co.uk

Donating through JustGiving is simple, fast and totally secure. Your details are safe with JustGiving as they'll never sell them on or send unwanted emails. Once you donate, they'll send your money directly to the charity. So it's the most efficient way to donate - saving time and cutting costs for the charity.

Leading the way to a better quality of life for everyone severely affected by mental illness.