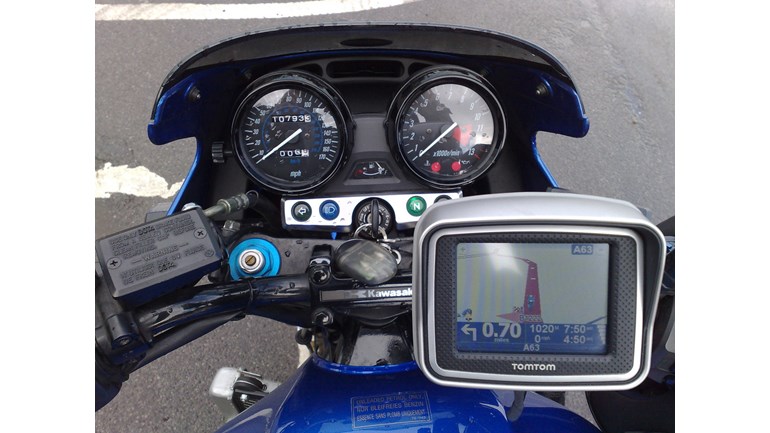 Fundraising for The Royal British Legion

In October 2008, the Royal British Legion Riders (RBLR) Branch came up with the idea to try to break the world record for the largest amount of riders to complete 1000 miles in less than 24 hours.

After making contact, Mike Kneebone (the chairman of the IBA) and Roger Allen, the president of the UK and European Iron Butt Association, made plans for over 156 riders to concurrently ride a 1000 mile route to establish the new world record.

The inaugural event took place from Squires Cafe Nr Leeds on Saturday 20th June 2009. The 1000 miles covered either a Northern Route into Scotland or a Southern Route to take in the West Country. In total the event had 171 finishers (162 riders and 9 pillions) which would have smashed the world record if the Americans hadn't pipped us to the post first. However the event did break both the European and UK records and so far has raised over £33,000 for the Poppy Appeal.

The event is being run again in 2010 and I am taking part once more.

The outline will be to start and finish at Squires Cafe near Leeds. My northern route is up the A1 to Berwick-upon-Tweed, Edinburgh, Wick, Fort William and back along the M6/M62, just over 1000 miles. On top of that, there's the minor addition of a 400 mile roundtrip from my London home to Leeds and back!

Donating through Justgiving is quick, easy and totally secure. It's also the most efficient way to sponsor me: Royal British Legion gets your money faster and, if you're a UK taxpayer, Justgiving makes sure 25% in Gift Aid, plus a 3% supplement, are added to your donation.

So please sponsor me now! I've set a target of £200 as last year: let's make that happen again this year!