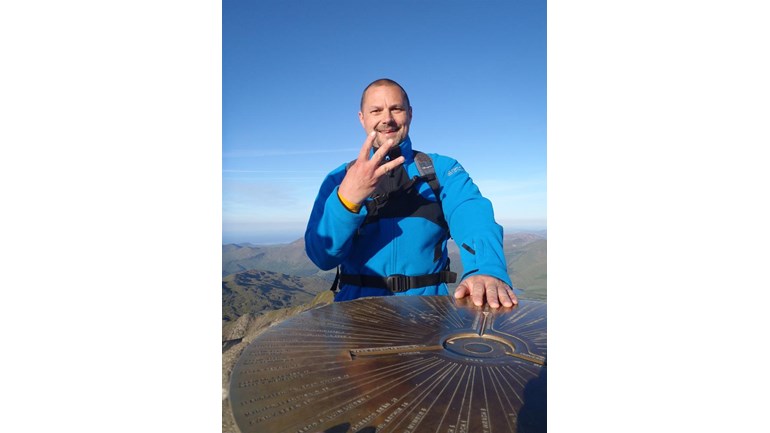 Well I'm back safe and sound having successfully completed my trek to Everest Base Camp in aid if the Isabel Hospice.

I can tell you the despite having completed a number of tough challenges in my life (Kilimanjaro, two London Marathons, numerous Three Peaks Challenges) this was by far the most difficult and had it not been for your generous sponsorship, there are times on the journey that I probably would have turned back.

It wasn't so much the amount of walking, the cold or the altitude that made it difficult, it was the fact that like most of the group I was suffering from a very 'dodgy' stomach from almost day one which prevented me from being able to eat, or even get a decent sleep and I was therefore becoming weaker by the day. I had also picked up a really annoying cough! On the plus side, I did loose a stone and a half just in time to put it all back on for Christmas!

Of the 18 of us that started the trek 13 made it to Base Camp, and being 11th November we held a minutes silence for Armistice Day.

To sum up, it was the most difficult thing I've ever done, I didn't enjoy it and I wouldn't recommend doing it to anyone but my archenemies, however thanks to you I raised over £4,000 and together we raised in the region of £70,000 for the Hospice.

I have tried to thank everyone as the sponsorship was coming in but I do know that I missed some people, so to you and everyone I have already thanked, please let me thank you all very, very much. I was overwhelmed to have raised as much as I did and by the amount of people who sponsored me....so thank you, thank you, thank You!

If you have a life-limiting illness, we can care for you and your family. Our care is free and can be provided in your home, at our Living Well community hubs or our In-Patient Unit. Most people we care for have cancer, however, we are also care for people with other life-limiting conditions.