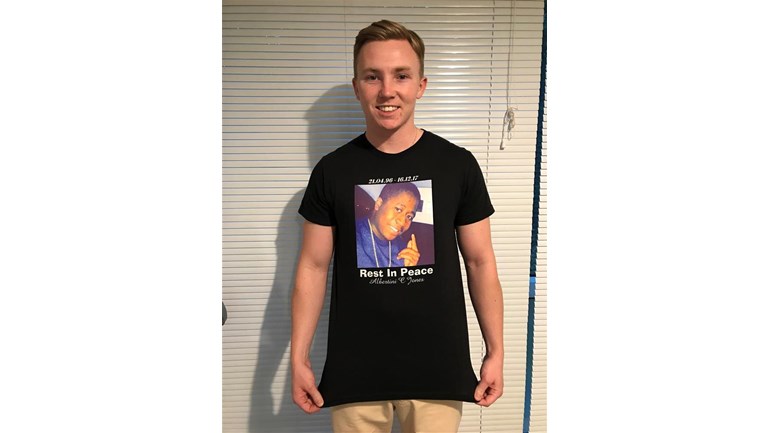 We help victims and survivors to cope, recover and move beyond crime.

Albertini (albie) Jones, a 21 year old son, brother, uncle, cousin and friend, was selfishly snatched away from us all on December 16th at 6pm last year from a critical stab injury to the chest. He was taken to hospital by the London Ambulance Service but was devastatingly pronounced dead in the ambulance.

Everyone that knew albie would agree that he was a kind and loving young man, full of life and ambition. His smile would light up the room and laugh was highly contagious. His eyes were full of love, and life. He had this rare and instinctive gift to make everyone feel loved and valued.

It is not fair that due to the inexcusable events and somebody else’s complete disregard for life, Albie has missed out on so many adventures, memories and life goals. His only intentions were to thrive; he had just started his own food and drink business and got his own flat - he was transitioning into a real man. Albie was just beginning life, he’ll never have the opportunity to start a family or get married to the love of his life, like he should, instead, his life has been ended prematurely and so, so cruelly.

After the careless actions that took place on December 16th, Albie’s family watched him lay lifeless on an unfamiliar bed, a bed that weren’t his. Everybody prayed for a miracle - something that quite clearly didn’t happen. Nobody whose personality was so amazing, should have to die this way - was this the way a young, lovable person should have died?

The last 12 months has been one of the worst years for knife crime in England. According to the Office for National Statistics, knife crime within the United Kingdom has risen by 22% in 2017! Eighty people were heart-throbbingly killed throughout 2017 and sixty-eight this year already!

It is only natural and righteous that as one of Albies good friends, I attempt to at least make some type of difference - even if it is only a small one in such a huge world that we live in. Therefore, on that note, i will be participating in a charity skydive for ‘victim support’ on October 27th at Headcorn, Maidstone, Kent.

The reason that I have chosen this charity is because they really are second to none! Their selfless teams work around the clock to support thousands of young victims with the effects that violent crime can have on victims’ and their families’ lives. They are also accountable for teaching and education young people about the ill effects of knife crime and violence. In addition, another reason I am doing this is to raise awareness of knife crime within the UK.

Any donations will help. Thank you for taking the time to read this and hopefully we can look back and say we have made a difference.

Victim Support is an independent charity for people affected by crime and traumatic events in England and Wales. Last year we offered support to more than 1,000,000 victims and survivors, responded to every major incident, including terror attacks, and ran more than 100 local projects and services.

Charity Registration No. 298028
Find out more about charity fundraising