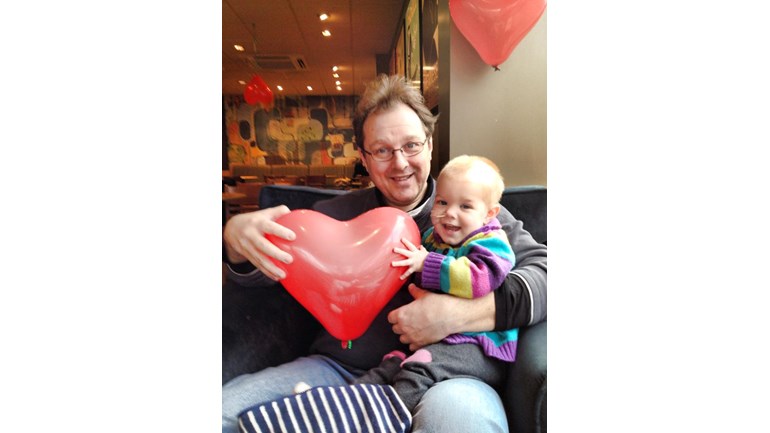 Alex Bremer has been my best friend since we first met as 7 year olds and we have shared many memories in that time. Just over 2 years ago, he and his remarkable wife Mimi lost their 2 year old daughter Lizzy, to a rare and aggressive cancer called Neuroblastoma. Ever since, they have battled tirelessly to raise awareness of the disease, as well as considerable funds for the Neuroblastoma Society.

On August 2nd 2015, I’ll be riding alongside Alex in a 100 mile cycle ride from the Olympic Park, down through the Surrey hills and finishing on the Mall. I feel privileged to be raising funds for the society's research into Neuroblastoma and you can help me make a difference.

Your donations will not only spur me as I take on the hill climbs of the London 2012 Olympic route, but more importantly they will help to prevent other parents, like Alex and Mimi, suffering in a way I can’t even imagine.

Ride with me 4 Lizzy B

Every week in the UK, around two families are told their child has neuroblastoma, a rare childhood cancer. We fund leading research projects to deliver new, effective and kinder treatments for children with neuroblastoma. With your help we can save more young lives.