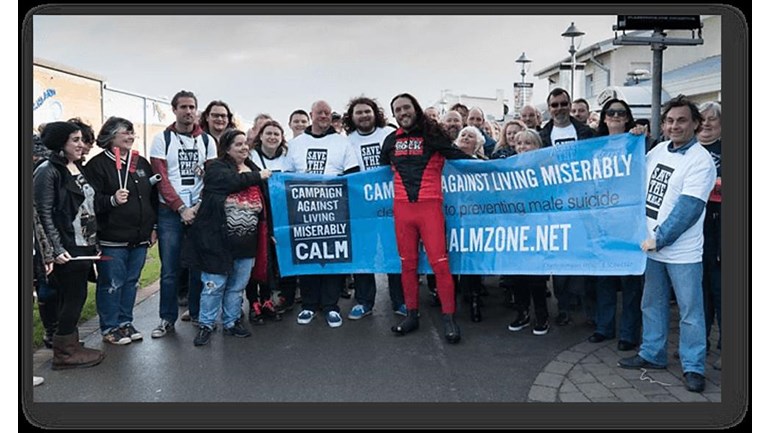 Cycling 1,100 miles across the UK to Rockstock for CALM (Campaign Against Living Miserably) because suicide is the biggest killer of UK men

On Friday 25th November at about 3.30pm after his show on Planet Rock, Wyatt will be setting off on an incredible 1,100 mile journey across the UK ending at Planet Rockstock in Porthcawl, South Wales. Leaving from our Central London studio, Wyatt will cycle to the likes of Nottingham, Sheffield, Leeds, Newcastle, Edinburgh, Glasgow, Liverpool, Manchester, Birmingham and finally arriving in Porthcawl in time for Day 1 of Rockstock.

But why is he putting himself through nearly eight days of strenuous cycling rather than just hopping on the 8.15 train from London to Rockstock?

Well, that’s because suicide is the single biggest killer of men aged
under 45 in the UK and The Campaign Against Living Miserably (or CALM) are trying to change that. Wyatt is attempting to raise £40,000 for CALM, the official charity partner of Planet Rockstock of 2016.

You might remember that last year we aimed to raise £10,000 and managed to give suicide a right good kick in the nuts by eventually reaching over £40,000! This year we want to do the same again, but we need your help. We may be aiming high, but we think it's worth it and hope you do too! It costs roughly £23 to fund CALM's helpline for an hour which could be four lifesaving calls, so £40,000 would make a massive difference.

CALM keeps men alive by talking. Men are three times more likely than
women to take their own lives. All funds raised by Rockstock supports CALM's helpline 0800 58 58 58 and webchat service, open to all guys every day from 5pm 'til midnight. Find out more at thecalmzone.net.