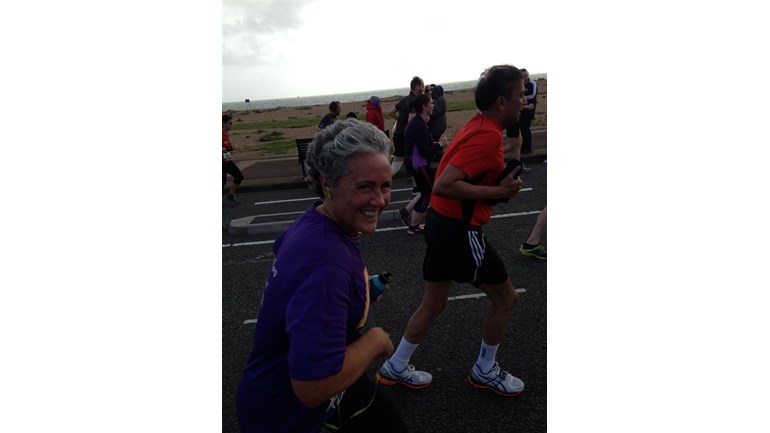 Marghe, Helen, Tommi, Alessandra, Edouard, Ian and I will be running the Royal Parks Half Marathon to raise money for a charity that is leading the charge to fund and facilitate a strategy of biomedical research into ME.

As some of you know, my sister Manon suffers from ME (Myalgic Encephalomyelitis). The symptoms range from severe exhaustion after minor physical effort, like walking up stairs, to a complete inability to move or speak necessitating feeding by tube.

ME is poorly understood and research into its causes is severely underfunded. (It's estimated that 15-30 million people worldwide suffer from the condition - the disease affects around three times as many people as HIV.)

Though progress is being made, this progress is only possible with the support of donations. With little to no government funding, the research landscape in the UK and the the rest of the world is almost exclusively funded by voluntary donations.

Where the research is headed:

While the various researchers are making progress and believe it should be possible to find a cure in our lifetimes, this will only happen if their research is funded. At the moment they remain chronically under funded.

Some more detail on Invest in ME Research: Invest in ME Research is an independent UK charity finding, funding and facilitating a strategy of biomedical research into Myalgic Encephalomyelitis (ME or ME/CFS). The charity is run by volunteers - patients or parents of children with ME - with no paid staff. Overheads are kept to a minimum and all funds raised go to promoting education of, and funding for, biomedical research into ME.

Some of Invest in ME's current projects: