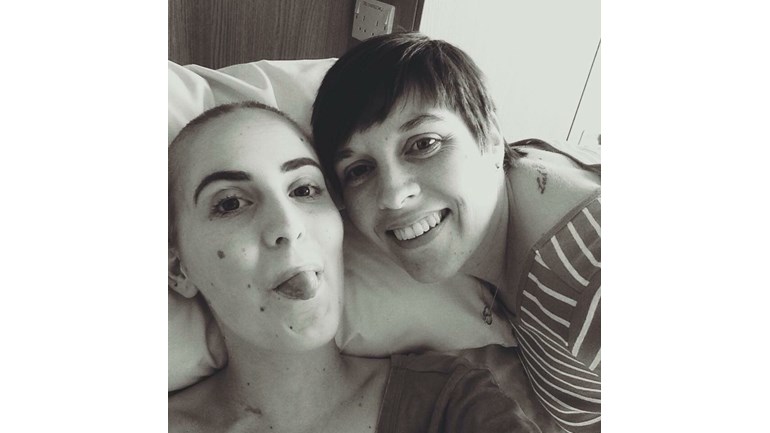 In March 2016, two weeks after turning 17, my daughter Elisha collapsed at home and became paralysed from the waist down. After many tests and agonising weeks of waiting in hospital, we were shocked to be given a cancer diagnosis. Elisha had tumours in her spine, pelvis, lung and kidney. We were transferred to the Teenage Cancer Unit at Alder Hey Children’s Hospital in Liverpool, over 100 miles from home, where Elisha was given months of specialist care. In August, we were finally allowed home where Elisha spent the last weeks of her life before passing away peacefully on 5th October 2016.

Throughout Elisha’s illness we received incredible support from CLIC Sargent. They made a tremendous difference to us as a family and helped us walk through the most difficult of times.

During the two years since Elisha’s death I have really struggled to find motivation to do anything. Then, whilst watching the London Marathon last year I decided to enter! To my surprise I was accepted and am delighted to be running to raise money for CLIC Sargent. Although I started out as a complete non-runner, I have trained several times a week for many months and am feeling more and more confident that I can run a marathon!