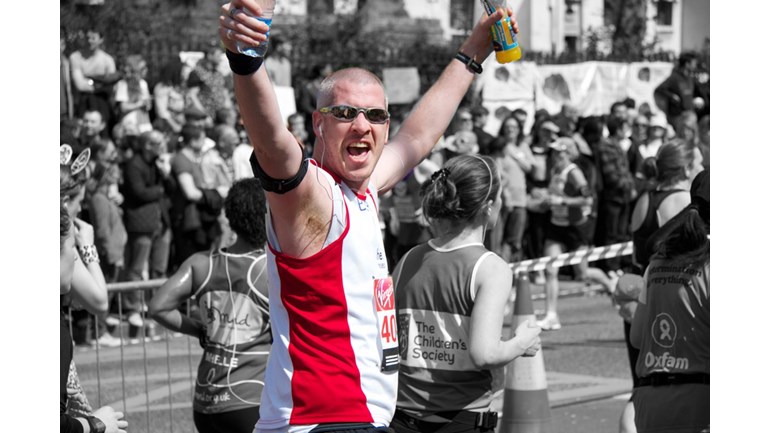 Thanks for taking the time to visit my JustGiving page. Here's the story about the inspiration behind my little personal challenge, such a small one compared to people you and I both know.

A few years ago a couple of friends lost their parents to this awful illness. Then my mum was diagnosed with breast cancer. She fought hard and was lucky to catch it early and is doing great now I'm happy to say.

Recently more friends and family have been affected by cancer in one form or another. At the end of 2015 I also lost a friend, a mentor, someone who many years ago set me on my way to the career and life I have now. Sadly 2016 continued to get worse, when we lost my brother-in-law to a brain tumour. He was only 39, same age as me. He was also one of the wittiest and most creative people I've ever met and he's left a hole in the life of my sister, and also a great many more.

But things weren't done there. This time though I'm pleased to say there was some positive news with one of my friends winning her battle against breast cancer and another on the slow road to recovery after lymphomatic cancer. All told 2016 was horrible. But it's just a set of dates and the fight goes on.

As I've learnt cancer can take on many forms and affect people differently. I guess that's part of the reason it's so difficult to deal with and treat. It also affects everyone across the world. At some point you too will, I'm afraid, have your life turned upside down by this disease either personally or through someone very close. If you haven't already.

So this is primarily for all of those people who have been lost or have beaten or have supported someone suffering with this awful disease and why I've chosen to continue my support of Worldwide Cancer Research. Last year I ran 512 miles. This year I'm doubling it and will run 1,048 miles which is 40 marathons (I'm 40 in May). The focus is London marathon in April, but I'm also running Bournemouth in October as well as Silverstone half in March and my 6th Great North Run in September - plus a lot of training.

Therefore, I need your help once more...