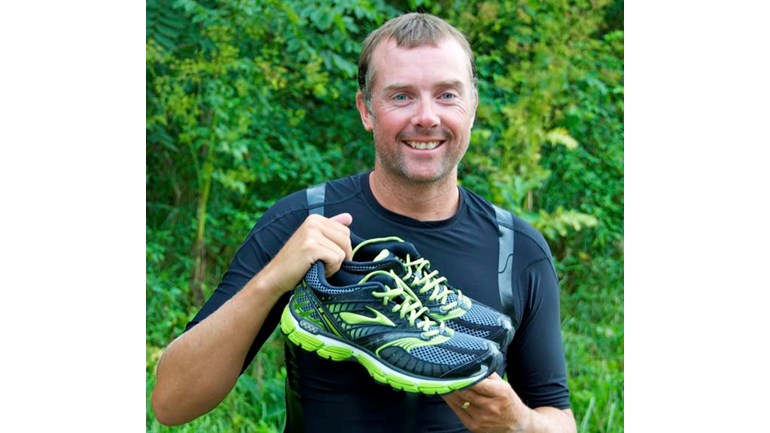 In May 2011 that good looking Geordie lad on the left (Mark Allison) will be running 3100 miles across the USA from California to New York City. I know what you're thinking! How on earth is that big lad going to run all that way? With a big Geordie heart! That's how!

The plan (and I do love a good plan) is to run an average of 31 miles a day for 100 days. You might want to read that bit again! I'll be running an average of 31 (THIRTY ONE) miles a day for 100 (ONE HUNDRED) days! Yes, that's right I'll be running it. Not walking. Not cycling. Not driving. RUNNING (and possibly crawling on my hands and knees at times!) I feel faint all of a sudden! Pass me another stottie!

All funds raised, both on justgiving and offline, will go to St Benedict's Hospice(See justgiving.com/rungeordierun1) and The Children's Foundation (See justgiving.com/rungeordierun2). The aim, albeit a very ambitious one, is to raise at least £50,000 for those 2 great North East Charities. This is £16,000 more than I raised by running 874 miles from John O'Groats to Lands End in 37 days during the Summer of 2007. It's a massive, massive target and I hope you'll agree that this challenge is deserving of your sponsorship!

The 3100 mile run, the huge fundraising target and everything else that goes with this event is ambitious to say the least. But to try and do this, while being an ambassador for the North East of England, is a massive honour! It's not something I take for granted and I want to show the world that us Geordies are made of stern stuff.

At the time of writing, I know of only 14 people from the UK who have crossed the USA since the first one in 1928. Not one of them came from Geordieland. It's time to draw a black and white line across that map!

I must stress that I'm saving furiously to fund this event myself. All overheads will be coming out of my own pocket (and the bairn's money box again! Oh and the wife's housekeeping!). Every single penny pledged will be passed on to the 2 charities I'm running for. And that's the great thing about justgiving.com. It allows you the sponsor to donate with the confidence of knowing that your pledge is being passed on to the charity directly. Brilliant!

Now the serious bit. Why are you raising funds for the Hospice, I hear you ask. Well, in 1995, my Mam spent her final days battling cancer in St Benedict's Hospice. The very caring and professional Hospice staff ensured she was as comfortable as she could be and gave her a dignified end to her life. I'm indebted to them for this act of care and kindness and this is a debt of gratitude I hope to be able to repay for as long as I can. I'll also be running in memory of my Dad who died from cancer in 1988 and my brother who died from a brain hemorrhage in 1990.

It would be an honour to run in the memory of another 97 names. One for each day of the run. I'll announce details of that list nearer the time of the run. In the meantime, I recently received the following email from Anne Oliver, the fund raising co-ordinator, at St Benedict's Hospice.

"We have just launched an appeal for £400,000 to extend our Hospice at Home Service. At present our service is from 9pm - 8am when the palliative care team are on call and can visit patients at home. It will be change to 5pm - 8am and this will avoid an influx of calls at 9pm and will spread the visits over a longer time. This means that the patient has a choice of where they want to be cared for - in the hospice or at home and it means that they are covered 24 hours per day."

I cared for my Mam for 2 years when she had cancer so I can really imagine how important a service such as the Hospice at Home will be.

To finish on a lighter note, I'd like to thank you for taking time out to read all about the next big run across the USA. Please consider sponsoring me. Any amount, no matter how large or small would be greatly appreciated.

Details of my training, the actual run itself and all the tomfoolery that goes with it can be found on www.runGEORDIErun.com.

Thanks in anticipation of your support.
All the best!
Mark Allison (just a civil servant's son from Jesmond!).

PS. If you're a UK taxpayer, Justgiving makes sure 25% in Gift Aid, plus a 3% supplement, are added to your donation.

St Benedict's Hospice & Centre for Specialist Palliative Care provides care to maintain and enhance the quality of life for people who have life threatening illnesses. Our service is free, however your support, be it financial or practical is needed to help us to continue into the future.