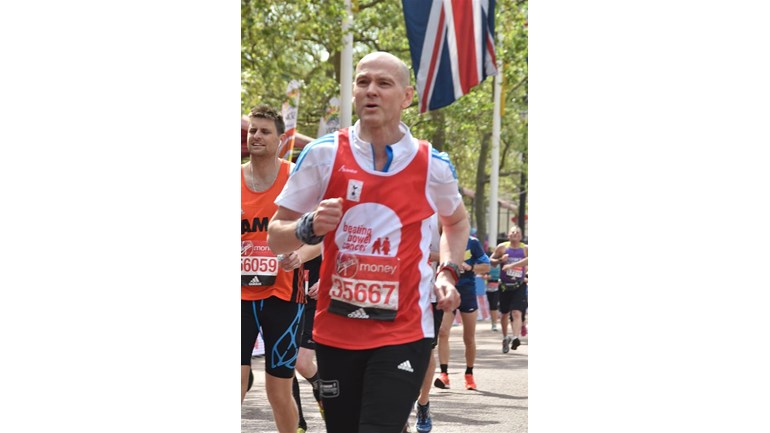 Running in memory of Mark and Jon, raising funds for Beating Bowel Cancer because too many lives have been taken by bowel cancer.

In 2014 Mark Sunderland was diagnosed with bowel cancer.  At around the same time Jon Wear suffered the same diagnosis. Both friends from way back at Bedford School. Bowel cancer is a terrible disease, sneaking up silently and taking lives far too quickly.  It is the UK's second biggest cancer killer after lung cancer. Awareness of the symptoms is key, and if the news is bad then getting the right support is important.  Beating Bowel Cancer and Bowel Cancer UK are charities that have combined forces in order to have more impact both in society and at Parliament.

They are actively lobbying for a change to the screening age in England and Wales, and are working to improve awareness, research, support and advice for those impacted by this disease.  I am asking for your support at the London Marathon 2018 in order to raise funds for this important cause.  No matter how small a donation, every penny counts!

For the runners amongst you this is my fourth attempt at the marathon and I have challenged myself to a personal best of 3.45... I look forward to boring some of you with Facebook updates now that training is well underway and the race on April 22nd is beginning to loom large!