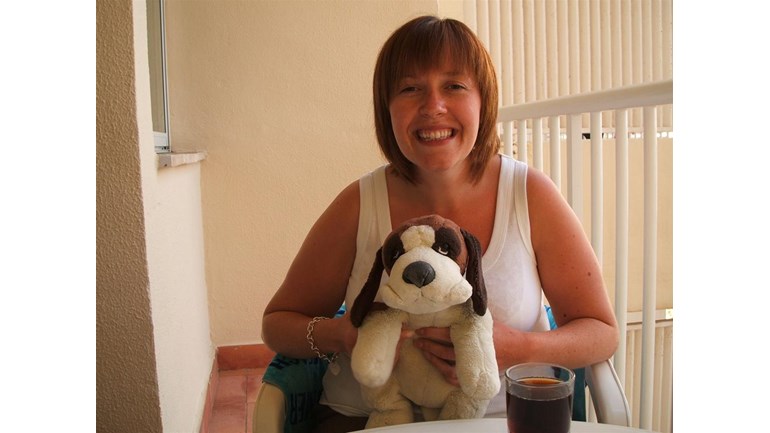 We fund sarcoma research and offer support to ensure patients get the care they need.

In Jan 2008 Ruth (age 29) was diagnosed with a rare type of cancer (Sarcoma).  This was found out after she found a lump on her arm, unfortunately the cancer had also spared to her lungs as well.  She was given the prognosis of 6 months.  Soon after, she broke her arm and there was concern that the cancer may have spread to the bone. Because sarcomas are not responsive to traditional chemo the outlook was bleak.

In 2010 she was part of a medical trial of a new chemo drug called yondelis which did restrict the growth for a time. However, xmas 2010 Ruth had a sore leg and after scans they have discovered that infact the cancer has spread to the brain (which is rare behaviour for a sarcoma to do).... She had undergone radiotherapy to the brain in order to shrink the tumour, which did work.

On the 17 of September 2011 Ruth lost her battle with Cancer. From the moment Ruth was diagnosed, she lived her life to the full and never gave up.  She was by far, the most resilient, determined and resolute person I have ever known. Myself and Ruth's family and friends shall always remember Ruth for the person she was and the things she achived in her life, and we shall miss her every day.

3 years ago Ruth and her friends created the Langtoun Ladies's and set out on a campaign to raise money for cancer research (specifically sarcoma UK), by participating in the Race For Life. We begged for sponsorship and have held an annual charity fundraising event for the past 3 years, which has been a great successes. In total we raised over £30,000.  We shall continue the fundraising events in Ruth's memory as this is what she would want.

We hope to achieve this again in 2012 and so basically WE NEED YOU TO DONATE GENEROUSLY!!!!!

If you are a UK taxpayer, please remember to tick the Gift Aid box when donating as this will increase your donation by at least 25% at no cost to you.

We are the only charity in the UK focusing on all types of sarcoma. Our mission is to increase knowledge and awareness of sarcoma through ground-breaking programmes to transform the landscape for everyone affected by sarcoma. Charity reg no. (1139869) Company limited by guarantee (7487432).